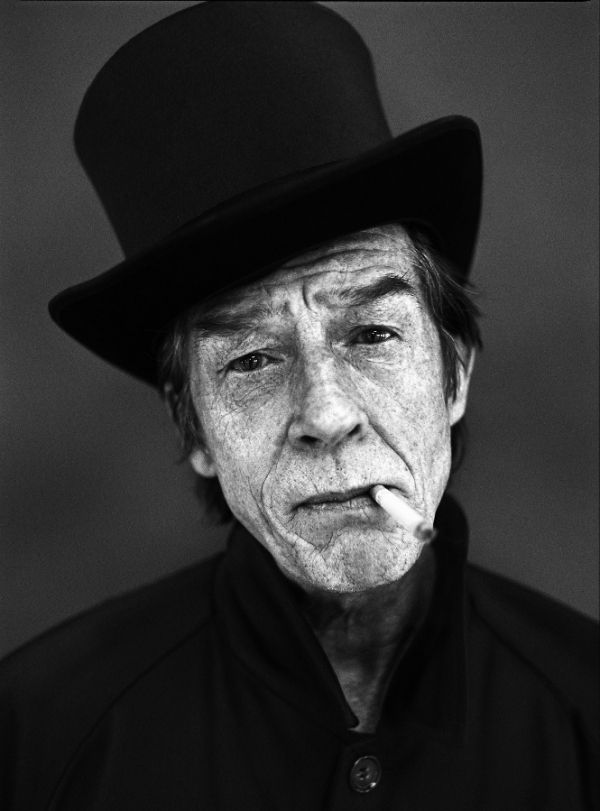 It was no secret that Sir John Hurt was suffering with pancreatic cancer, but the shock of his death, shook the world.

As the BAFTA and Golden Globe winning actor leaves an impeccable body of work behind, Claire Bueno revisits her interviews. She shares, his insight, his support of independent filmmaking, and his fascination with the true identity of Shakespeare.

In Norfolk, on the 25th January, Britain lost one its most celebrated actors, Sir John Vincent Hurt, CBE, aged 77. He left behind a back catalogue of work that spanned over 50 years, from The Elephant Man, Alien, Harry Potter, to Doctor Who.

The film, television and stage actor was diagnosed with cancer in June 2015, but continued to work up until his death.

Born 22nd January 1940, he grew up in Shirebrook, a coal mining village in Derbyshire. His father, was a vicar and his mother, an amateur dramatics enthusiast. Hurt won a scholarship to the Royal Academy of Dramatic Art (RADA), where he studied for two years.

He had a no-nonsense, candid approach. With ill prepared journalists, he was never rude and always the consummate professional. But for the journalist who had made that little extra effort, he had incredible warmth, wisdom and modesty.

“I love working with first time directors. People to watch out for, is if they’ve had a very successful first film. Don’t do their second, don’t do second time directors, do their third, but not their second.” Hurt laughed back in February 2011, at the premiere of Brighton Rock, but you knew he was being deadly serious.

“As far as I’m concerned, my springboard is the script, and the direction is the director, in a sense. And with that you play, and the rest is your imagination.”

And what scripts he chose.

“What we are missing at the minute is the intermediary film. 15 to 20 million dollar pictures.”

As a child, Hurt was discouraged in playing with the other children, in the village. And perhaps that is why he played characters like John Merrick in The Elephant Man, and Quentin Crisp in The Naked Civil Servant, and latterly An Englishman In New York. Did Hurt somehow identify with people who were deemed outsiders, or pariahs?

Whether the role was non-fiction or fictional, Sir John’s approach to the character remained the same. “You have a sense of responsibility in any part you play. Just because it happens to be non-fiction, doesn’t make it an added responsibility,” he said at the London Film and Comic Con (LFCC) in October 2011. “It’s the same responsibility really. I think, because something didn’t actually exist, doesn’t mean you treat it badly.”

A fine example of this can be witnessed in Ridley Scott’s sci-fi thriller, Alien. Hurt’s sinewy, jerky body as the Alien bursts out of Kane, is as chilling to watch today as it was in 1979.

“My criteria, is that the script, should stand the chance of working on the level it is intended to work on. If you’re going to have science fiction, it needs character, because I don’t think you can do it, just on effects.”

The twice Oscar nominated actor was a huge advocate of independent filmmaking and was often spotted walking down the red carpet at the British Film Institute (BFI) London Film Festival (LFF).

“This is what our film business is, it’s the independent world,” he told me at the Moët British Independent Film Awards (MBIFA) in December 2012.

“We don’t have studios, and we don’t have masses of money behind us. And so we have to carefully distribute the monies that we have, amongst the talent, which is growing and growing.”

The actor, having appeared in many a blockbuster and indie film, reflected: “I think there always has been in the independent world a much greater area for experimentation, because you can afford to experiment, for not so much money.”

“What we are missing at the minute is the intermediary film. 15 to 20 million dollar pictures.”

When asked if an actor of his calibre could bring gravitas to an independent film, he replied modestly: “I wouldn’t know how to add gravitas to a film.”

“Oh heavens. I try to do the same as I’ve always done. I try to play whatever part I’m playing.”

Having worked with some of the Shakespearean greats like Sir Laurence Olivier and Sir John Gielgud, Hurt had his own theories on the Bard.

“The whole identification of Shakespeare fascinates me hugely. It also fascinates me that all the books written about it, are all American. Because in this country, we rather want to keep the Stratfordian myth alive.”

For a humble actor whose performances motivated and inspired contemporaries such as Bradley Cooper, did Hurt’s motivation change over the years? He pauses, thinks, and with his unforgettable raspy voice replied: “It’s a big question. I don’t think things have changed, not a great deal.” 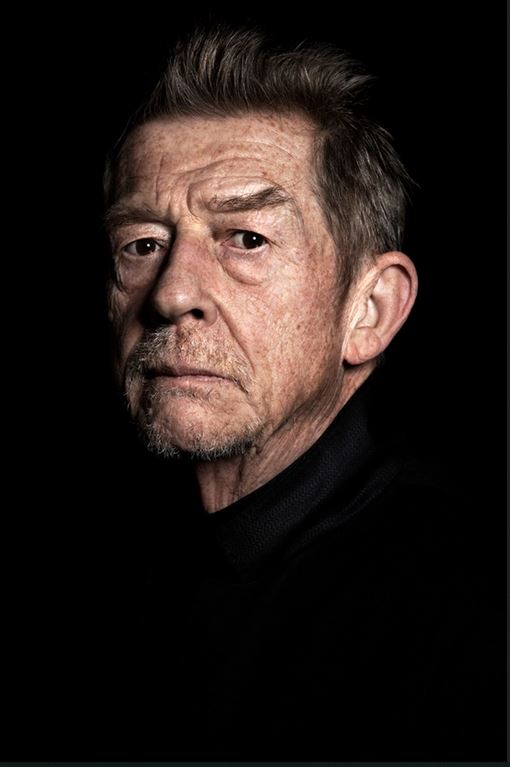