The show that captured the hearts of a nation, Grange Hill celebrates 40 years since its initial airing, but what was the secret to its success? Claire Bueno speaks to the talent from in front and behind the camera, as they share their thoughts as to why.

The 8th February 1978 Grange Hill aired for the first time on BBC One. Little did anyone know, just how divisive, ground breaking and impactful this kids TV show would become.

The celebrations were held in conjunction with the Good Grief Trust Gala event held in White City, one of the original locations. The Grange Hill talent and charity patrons allowed themselves to be transported back, as they reminisced about a magical time in television history.

Phil Redmond CBE, the brains behind Brookside and Hollyoaks was only in his mid-twenties, when he initially devised the idea for a show based in a comprehensive school.

“I was just looking for something that was different, and one day I just thought why don’t I write about a school, everybody has to go to school, you know. I’d been one of the first 2% through a comprehensive school, it was still new, and I thought, I’ll try that.”

Redmond met with Anna Home, then Executive Producer of Drama at the BBC who wanted him to write a sitcom, having declined the offer, she asked him what did he want to write about?

He replied: “I wanna write about a school with kids from my background. She grinned, opened the draw and pulled out this envelope, it said, ‘School Series’ on the front, she opened it, and there was nothing in it, you know (smiles), and that was it, right time, right idea.”

The original plan for the show was to be a docudrama about the transitional period between leaving junior school and secondary school.

Todd Carty who played loveable Peter 'Tucker' Jenkins remembered: “We filmed it in 1977, and it came out around February or March in 1978. So em, on the television then, there was like, Billy Bunter, Just William, you never really heard how comprehensive kids spoke. I think that’s what kids were absolutely knocked out by, and I think that is why they identified with it.”

Mark Baxter appeared as Duane Orpington, joined the cast in 1980 observed: “I think you have to remember there were only three channels at the time, and it was the very first programme that the big guys had entrusted into children playing children.”

There was real ingenuity on the part of Grange Hill’s first director / producer Colin Cant, Redmond elaborated: “So Colin’s sort of thing was to bring the camera down to the kids eye level, so you were always looking at the level of an 11 year old, because television was always looking down on them, it was always at the teachers’ eye level, that was a subtle thing, but really important.”

“I think Tucker was an everyman, I think the boys wanted to be him, and luckily for me back then (laughs) the girls wanted to be with him." - Todd Carty

Stories that kids identified with was crucial to the legitimacy and authenticity of the show. As momentum built and confidence grew, it became the perfect conduit to raise social issues.

One of Tuckers’ best mates Alan Humphries played by George Armstrong explained: “It needed to be real, it needed to be gritty.”  He continued: “It wasn’t until really Zammo and the drugs that it really got truly gritty, you know, OK yes between Todd and myself we started four fires while we were at the school, but nothing that was that controversial about drugs, the closest we got was talking about periods (laughs).”

Exposed to these more mature storylines Mark Baxter explained the challenges this presented to a child actor: “He (Duane) was quite difficult really because he was used by the producers as maybe a flavour. So for instance, he would literally be the domestic violence (storyline), when his father was starting to hurt him, and the BBC said, ‘you can’t go there,’ so that storyline was cut really short.  He then fell in love with a teacher, he was the first to have a teacher crush. And the racism story line, I was quite integral to that.”

Themes covered over Grange Hill’s 30 year run included teenage pregnancy, bullying and racism, but arguably the most controversial came in series 9 with Zammo McGuire's heroin addiction. It garnered so much publicity, it eventually lead to the White House and Nancy Regan’s ‘Just Say No’ campaign.

Ricky Simmonds played Ant Jones in 1986 and was one of the honoured cast members to meet the first lady: “There was about nine of us that went to the White House and (producer) Ron (Smedley) came with us to that, it was quite extraordinary how it kinda captured the imagination of people with this story line, and even when you think about today, moving on 30 years, you still don’t see those kinda hard hitting storylines.”

And thanks to Grange Hill Linda Magistris, née Slater who played Susi McMahon, created a charity that man, woman and child can benefit from, The Good Grief Trust.

Many years after her departure from the show, Magistris embarked on a long-term romantic relationship with Grange Hill director Graham Theakston. After an eight year devoted relationship, Theakston lost his fight with cancer. Inconsolable Magistris unable to find the right help to assist with her grief, eventually found the courage to help others.

Magistris states what unites The Good Grief Trust and Grange Hill: “With Grange Hill there’s a lovely nostalgia and warmth to it, and with bereavement we want to create that sort of warmth, that sort of camaraderie.”

The aim of the charity Magistris explains is to: “Acknowledge grief and the potential really tragic circumstance that come out of grief very quickly, we give people that net, we tell them that they are not alone, and we will hopefully then signpost them to the right support, whether they want that on day one or 20 years later.”

Cutting-edge, controversial storylines with a social conscience aside, there was one other critical component that made Grange Hill a success story. Its characters. Kids and teachers that we could all relate to.

Brian Capron who played Mr. 'Hoppy' Hopwood from 1980 commented on his approach to his character: “I was a listening teacher, so I made him very informal sitting on the edge and corners of desks, and always try to listen and be friendly, but when he needed to be kind of a bit more authoritarian then that side would come out.”

But there is one character that will ever be synonymous with Grange Hill, Tucker Jenkins. Todd Carty hears the name and his face lights up, so it only felt fitting to ask the man himself, why Tucker was, and is still such a beloved character? 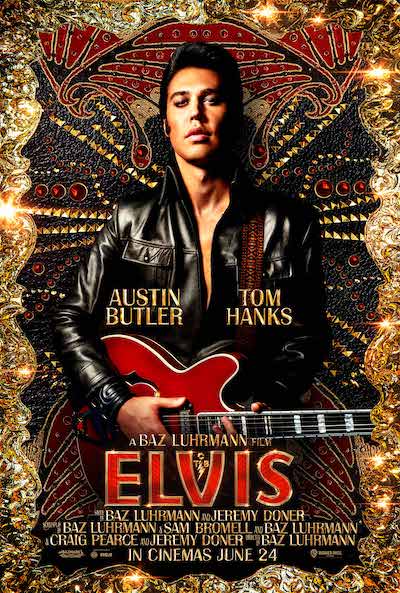 Fantastic Beasts: The Secrets of Dumbledore – Movie Premiere at Home

Location: Available to buy or rent