If you are going to debut on British TV then Liberty Hobbs has hit the jackpot. Playing the part of dog loving Gemma, Liberty joins a star studded cast including Neil Morrissey and Gaynor Faye in season 4 of BBC One’s The Syndicate. Having worked in the US on Grey’s Anatomy and Criminal Minds Liberty has experienced working on some standout shows and The Syndicate is no different. So I was certainly on to a winner when she agreed to share her excitement about this series and what’s in store for Kay Mellor’s new ensemble of lottery winners. 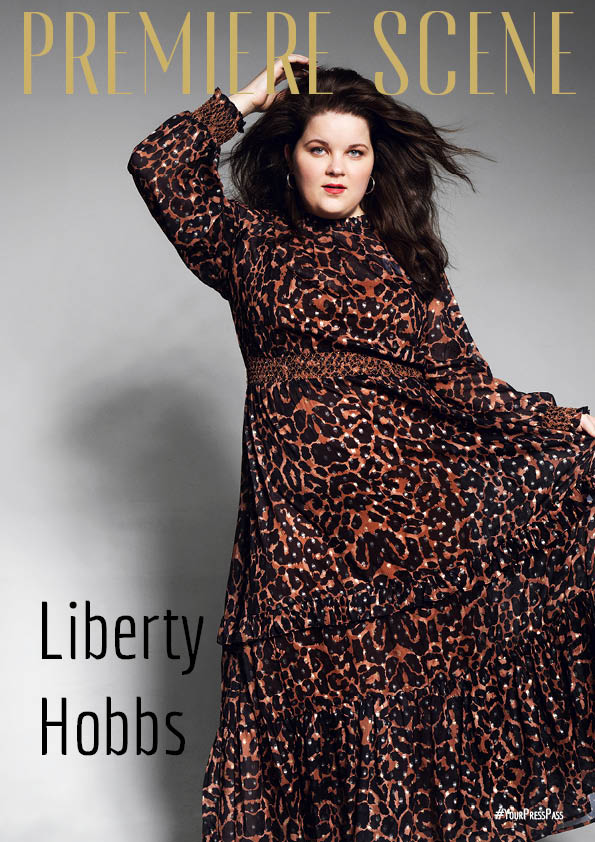 I’ve been lucky enough to see the first episode of The Syndicate and we’ve got exotic places and dogs so what’s not to like the show is there?!! (Laughs). But what instantly struck me was the story line just hooks you straight away does it?

Yeah, yeah I think that was part of Kaye’s idea with the whole going to Monaco this time and doing the story a little bit different because in previous Syndicates it’s been about they’ve won the money, and then the friendships grow apart, and then its them coming back together. Whereas this time it’s like the cat and mouse game of have they actually won the money? And is the ticket theirs? And they go on this adventure to find out, have they won and so that is the fresh take on it, and so yeah it really does grab you in.

And what’s great a well what Kay has done with the writing, the characters are so relatable aren’t they? They could be your next door neighbour, they could be your friend, was that something that attracted you as well to taking the part?

Kay’s writing is always relatable, I think that’s what her goal is and I love that. And for me Gemma really was very relatable to myself because when I first read the script she was 22, which I was at the time and then she loves animals and loves dogs, which I am obsessed with (laughs). And then she lives with her Grandma, and I had this special connection to going back to England to take care of my Grandma when she had cancer, so there were all these little characteristics. Oh and in the breakdown it said she was from Hull, which I am from near Hull as well. So there was all these little characteristics about Gemma that instantly connected me to her. Then obviously Kay’s writing is just makes it easy to connect with it as well.

You probably can’t say too much about it, but beauty of the part that you’ve got, she’s got this huge backstory hasn’t she? So for the whole arc of your character and that motivation, it must be such a gift for you as an actor to have a part like that?

Yeah it is, I’m so scared to say anything (laughs) I’ve got this whole list of spoilers I can’t say (laughs). On the surface we see Gemma she’s this sweet, lovable girl who’s just this innocent girl and the audience will hopefully just see her and connect with her, and just think she’s this sweet girl. And then as the story progresses we see that she’s this really angry person inside and in episode six we see why, and that comes to a head. And I’m really excited that I was able to play both sides of that and develop the whole layers of her. Kay is really great about developing three dimensional characters because in a lot of shows you only see one side of a character whereas Kay gives every character this whole three dimensional story, and so yeah it was really good.

For you as an actor participating in long form story-telling, the drama you can get from that because you’ve got more time to watch and see the characters evolve and explore different facets of their personality, again must be like a real gift for you to have that time really, to devote to the character which you don’t normally get in film?

Yeah, no it was, it was a lot more time to develop her from the ground up and you know this was my first time as a series regular and so I was able to have that time. I’ve only ever come in for Grey’s Anatomy or Criminal Minds and just been like a supporting person, there to help tell the story. Whereas this time it was like, I was the story, so it was great to be able to develop her in every little nuance I wanted to have about her and every little thing like that, and also because of COVID, we had more time than we thought we were going to (laughs), which you never ever get whether it’s television or film or anything. So I felt I almost had too much time, like I was over analysing everything (laughs). So I had to stop myself and then obviously the script changed from; we were originally going to Las Vegas and then it changed to Monaco, so I had all these scripts, annotated and labelled and everything and then when it changed to Monaco I was like, do I do all this again? Or do I just, just know the work in my head? (laughs).

Because you were shoot during lockdown, I would imagine then you are working much more closely with your peers, your scene partners. So how did that help your relationship and the ensemble really? Did it bring you even closer together, which then creates even better magic on screen?

It did because normally you know when you are filming something when you are not on set you go home, or you go and see your family, or when you are on location, and we weren’t allowed to do that because of COVID. So we were all staying in the same apartments, so on our days off we didn’t leave because we were so scared that we were going to be the ones to catch COVID, and so we would just hang out with each other in each other’s apartments. So we actually got to know each other on a personal basis, we became friends and that helped us on set. And I think Kay saw that as well that we were becoming friends, and so she would add little things into the scenes and I think it did help and, I hope that shows on screen. We actually became so close that we would be messing around with each other on set and bickering, and it just became genuine friendship and we still talk to each other today. So yeah I gained some great friends. 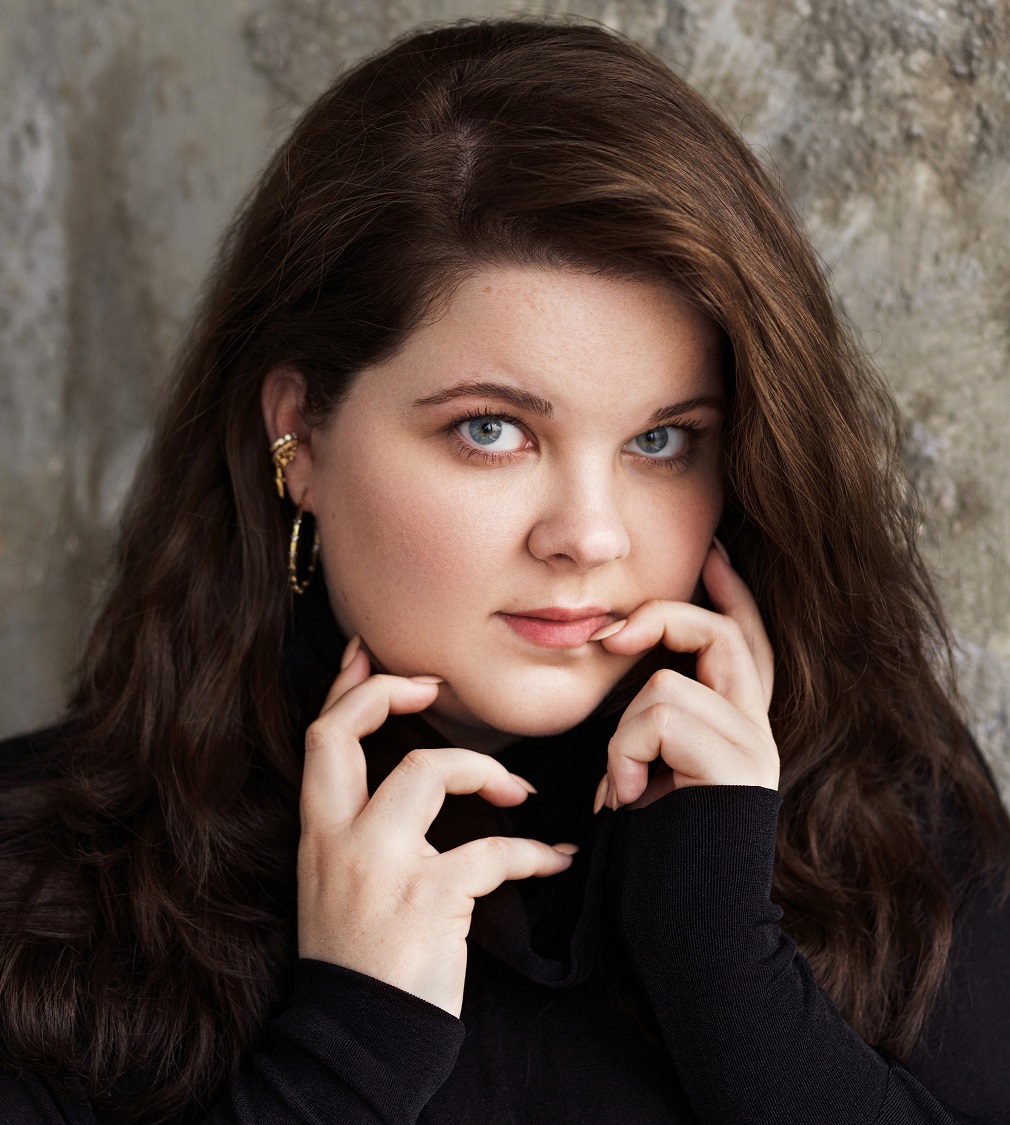 And Kay is also one of the directors, so what’s it like for you working with the writer and creator and then she’s directing you as well? Did that give you more of a support because she knows the text better than anybody?

It was nerve-racking at first (laughs) but then as soon as I stepped on set she made me feel so calm and welcome, so there was nothing to be nervous about. But yeah it did because she was there to answer any questions that we had as actors about the character, or the scene. And she knew exactly what she wanted, so if there was a take and she didn’t like it, you knew and we were doing it again. And I love that because I would rather someone be 100% happy with what we have than feel oh no it was ok. So she knew exactly what she wanted and I absolutely loved working with her, I mean let’s be real she’s the boss (laughs) at everything and I loved working with her.

And they say don’t work with children and animals and you’re working with animals, you said you were an animal lover, so that must have been a dream as well? Lots of fun on set there?

Yeah, I said to Kay when I first met her, I said if I get this role, you’ll find me with the dogs (laughs). If you ever need me on set (laughs) you’ll find me with the dogs (laughs), and that was true I was constantly with the dogs and they were crazy to work with and an experience for sure. And then we had to replace them with sand bags sometimes and do some dog acting (laughs). But it was unreal, I think I’ve got hundreds of photos with these dogs on my phone. Then we had to entice them with treats and everything, but it was an experience. I would change that quote, I would say, ‘always work with dogs’, ‘cause it was fun.

“Gemma really was very relatable, she loves animals and loves dogs, which I am obsessed with.”

Grey’s Anatomy is so hard to compare it to because it is such a well-oiled machine. It was going 14 seasons at the time I was on the show, so they are just cranking out scripts every week and your just, it’s like a well-oiled rollercoaster (laughs). And so it’s so hard to answer this question because to compare it to that it’s just so different. I mean we had so much time on this show like I just talked about, and so there’s many differences. I think one of the main differences though that I found which is so little, is the terminology that was used to on set. Because I was so used to the American, even though I am so British at heart and everything (laughs), I think the terminology that was used on set in America, I was so used to that. And so coming onto a UK set, little words that were used and terminology, I was always asking my friend Emily, Emily Head who plays Collette, I was like (whispers), “what’s that mean? What’s that in American?” ‘cause she’s worked in America as well, so, “what does that compare to?” (Laughs). So yeah it was little things like that.

And finally, really, what have you learned by working on the show that you would tell yourself for your next show or to inspire aspiring actors?

So much. I honestly feel like I’ve learned the most I have ever learned out of any job, from this one or any class, any acting class or anything like that. I feel that I’ve kinda learned more on the job and just from Kay, from Neil, from the other actors, not only did I grow as a performer, but I grew as a person, you know what I mean? I’m only 24 so, this is the first time I was on my own and travelling on my own. So I can’t really pinpoint one thing that I have learned because there’s so many life lessons and things like that. But I would just say hopefully I can keep learning through more roles and I would just say to people keep going and keep going (laughs) 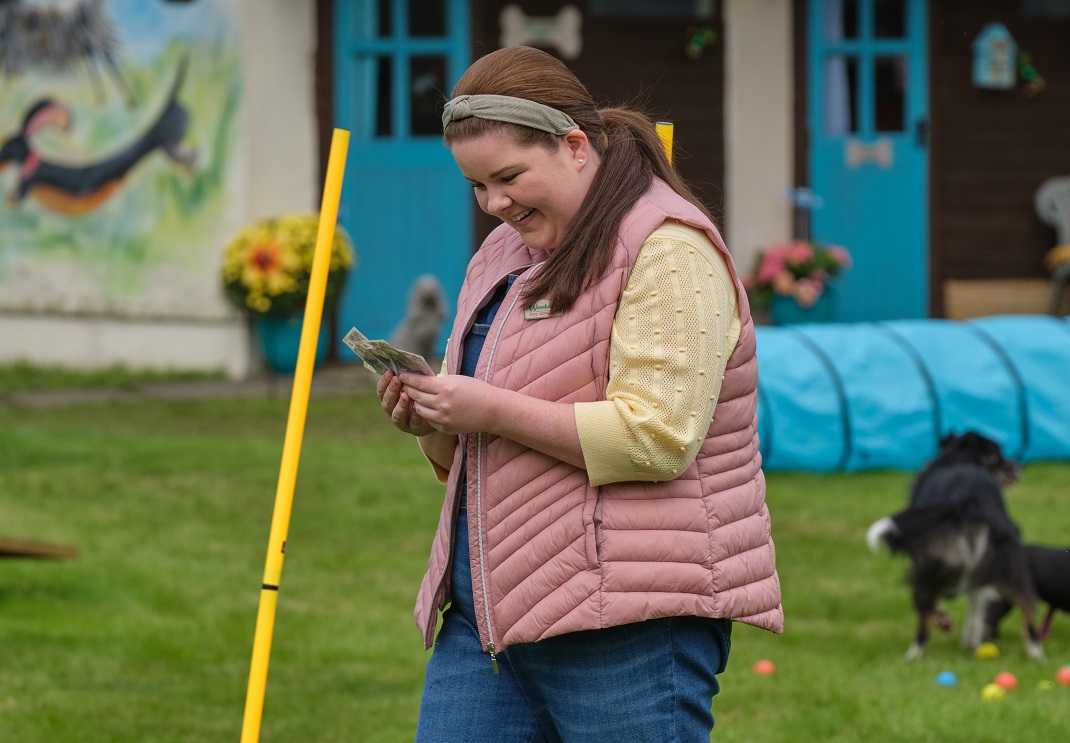 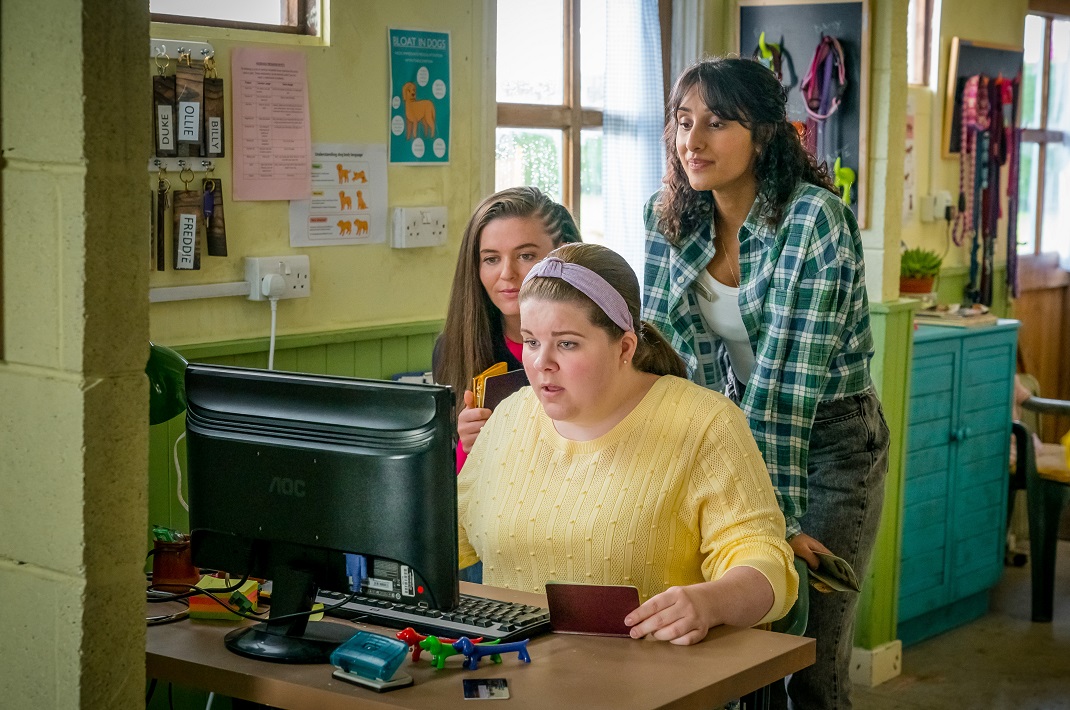 With special thanks to Pinnacle PR