Set in the backdrop of World War I Fatima is a film based on a true historical event. Experiencing a visitation from the Virgin Mary three shepherd children resolutely stand firm in what they witness no matter which authority in the secular country of Portugal tries to dissuade them otherwise.

Within the Catholic religion the story of Our Lady of Fátima and the Miracle of the Sun is world famous. In 1917 in the midst of World War I three shepherd children, Lúcia dos Santos and her cousins Francisco and Jacinta Marto reportedly witnessed several visitations from the Virgin Mary. At the time these occurrences caused quite a sensation, subsequently attracting pilgrims from around the globe to visit Fátima, Portugal even to this day. The Blessed Virgin’s message of peace is as relevant today as in any period of history and as Fatima is released in UK cinemas, I had the opportunity to interview actress Alejandra Howard about portraying the part of Jacinta, the spirited child who’s bravery changed their lives forever.

You must be very excited about this film?

Yeah, well I have been waiting for it to premiere for a long time (laughs) and it’s all been because of COVID and everything it has been a little bit delayed.

This is your first film so how did you become involved?

Well my Dad was an actor and he had an agency here in Barcelona, I live in Barcelona and when the agent said, ‘If this is ok with you we have an audition for a little girl and I think your daughter would be perfect for it.’ So I had no idea what I was doing (laughs). I had just turned eight years old, but I read the script and I memorised it and I just did an audition recording it and then we sent it and they liked it.

It’s a huge commitment when you become an actor when you read the script what attracted you to the story? What did you like about it?

Well it was in nature and I liked nature yeah. And also I did a little bit of research into the character and even Lucia the one that was 12 years old then wrote a book and she said that Jacinta was very brave and courageous and I really liked that character especially because she was little.

I think what’s great about Jacinta there’s a kind of feistiness about her and she really gives Lucia the courage doesn’t she?

There’s three of you isn’t there that see the vision of the Virgin Mary and your cousins, well Francisco is your brother, Lucia is your cousin. As you’re playing a family and you’re all closely connected how did you work as actors to create that bond that we see on screen?

We first met in Madrid at a second call back and we in the city looking around and we really became close friends and for three months we were like family because we were always together having fun.

And how did you find working with Marco (Pontecorvo) the director, was he very supportive of working with the three of you?

Yeah, he was a very nice director, and concentrating director, he would even get the camera on his back and that was really amazing because directors never do that. But he was a great director, yeah.

And this is a period drama, you’re getting to wear clothes that you would never wear normally, what was that like? And how did that help you get into the character Jacinta?

Well first of all it was very hot (laughs). There were long skirts and long socks, the boots and everything was long and it was in summer (laughs). So it was very hot, but it also helped me get a lot in touch with the character ‘cause the costumes were so well done, they were exactly the same as the pictures I saw of them. They were amazing, and yeah I can definitely say that helped me get into the character. 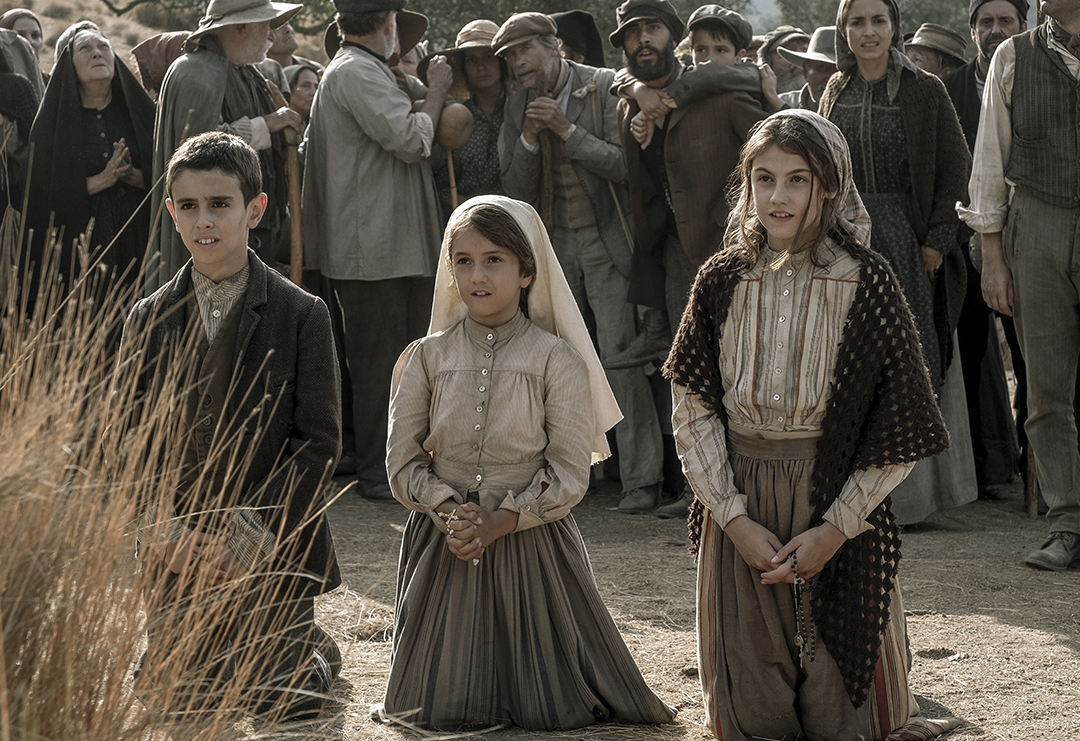 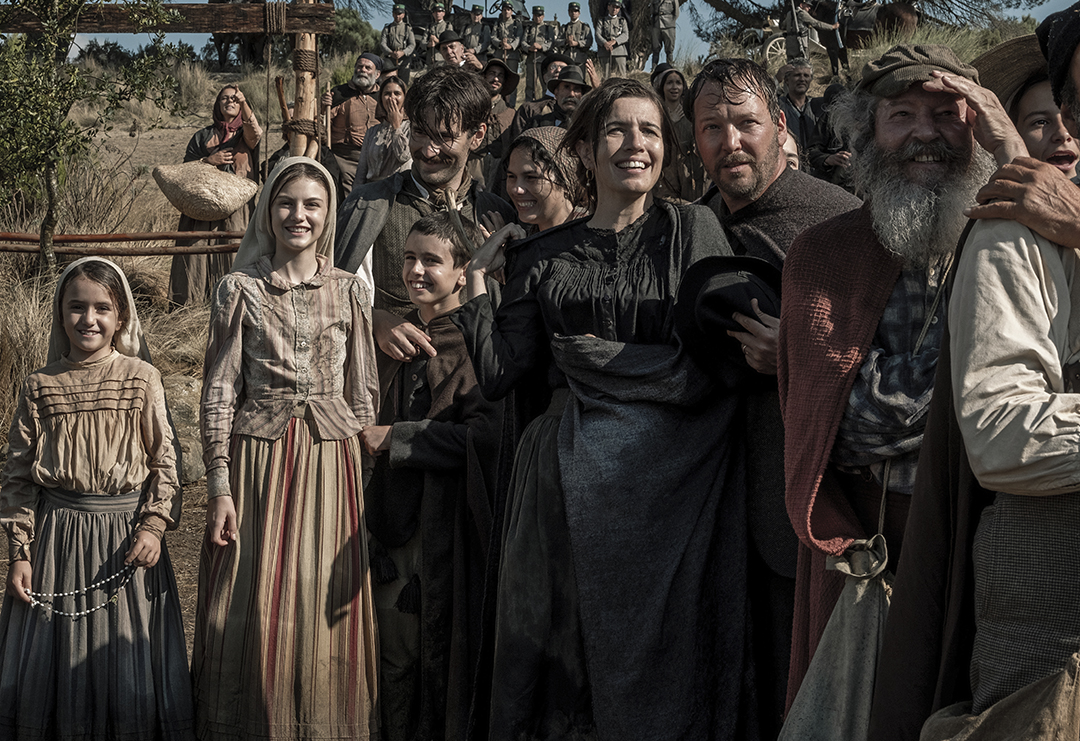 “Fatima has a message that is believe in yourself and in what you believe and never give up."

Well, I was very honoured being my first movie (laughs) and being with all these important actors and I learned, well it was three years ago and I really don’t remember a lot of it (laughs).

Was it quite bizarre because quite often when you are shooting a film it isn’t shot in a continuous way, you’re going backwards and forwards was that interesting for you? Was it confusing?

I already knew the old movie, but I didn’t know the story of Fatima but of course I did a search and knew it, but what I did was memorise my script first and then practise it with my Dad who was like my acting coach (laughs). It was a little weird doing it in different parts put it was ok, then when I saw the film it was like. Really? That went there instead of there? (Laughs).

Well we were in five different locations around Portugal and they were all very old houses that haven’t changed in 100 years (laughs). The houses were made out of rocks and it was like a little village once where there were people, but very few people (laughs). Well yeah you can say that also helped me a lot ‘cause it didn’t changed in 100 years which is exactly perfect for the movie because it was a 100 years ago (laughs).

And the film is about a vision that you and your brother and cousin see. It’s not really a religious film is it? It’s more about a story about faith and about if you believe in something you’re not going to be dissuaded, you stick to the truth. Was that something that was important to you?

Oh well yeah, especially in Jacinta because like Francisco and Lucia wanted to keep it a secret, but she believed in what she believed as she knew what she saw was real, so she was the one that told everyone and then of course the three of them weren’t afraid of showing what they believe at the end.

There’s one point in the film that’s actually kind of scary where the mayor has a psychiatric evaluation performed on them to admit them, so stop them talking about their vision. I don’t know whether you read that in the book and whether that showed you how scary a moment that really could have been because that could have changed their lives completely couldn’t it?

Yeah, like they were in jail for three days, yeah the mayor had a psychiatric, like they were crazy and the psychiatric in the movie says that they’re perfectly fine, they are not crazy (laughs). I think it would have been really tough moment for the three of them. Especially being 7, 11 and 12. How hard can that be being in prison and continuing in their hearts their beliefs.

You make a really good point because it’s not just their parents that’s against them, it’s the mayor, it’s the town, so as much as there are many believers, some of the closest people don’t, so that makes them even stronger characters doesn’t it, stronger people because they were firm and they didn’t deter from what they felt they saw?

Yeah, I think that it’s amazing because all that pressure and they didn’t give up. I think that’s really cool.

Yeah, as you said it’s a religious movie, yeah but it talks about a miracle, but it has a message that is believe in yourself and in what you believe and never give up.

And Jacinta was canonised wasn’t she? She was made into a saint by the Catholic Church, did you look into anything about that?

Oh yeah! Actually Francisco, well the actor that played Francisco, we were close friends, went to Fátima the church in 2017 they made saints Francisco and Jacinta and hopefully Sister Lucia and we went there and I got and he also got very emotional with all of the people there, with the graves of them and how we felt connected with them.

For you has an actor now how did you find preparing for the role, you said that your Dad was helping you and was like your acting coach. Was it difficult to depart from Alejandra and become Jacinta and embody that role?

Well, Jacinta is a little bit like me (laughs). My Dad said that I was a little bit like Jacinta, but yeah you need a little bit of concentration to get into the role, but it was not really that hard, it was a real cool experience and I had to do it. But it wasn’t very, very hard for me, no.

Is it something that has given you the acting bug and you want to continue acting?

Oh yeah, I like doing it, and doing it so young means that in the future I think I am going to be better. But every once in while you have to change (laughs). But yeah I would like to continue.

And for you makes this import for your peers and other kids your age, why should they go and see the film?

As I said before this film has a message that’s not only religion, it has a message that even though they don’t want to be round them for some kind of reason, they shouldn’t give up and because look how great Jacinta, Francisco and Lucia became to Portugal, even though before they were just like liars and traitors I should say. But you can become something great even though you have some blocks on the way.

Yeah you can overcome obstacles if you believe and believe in yourself. 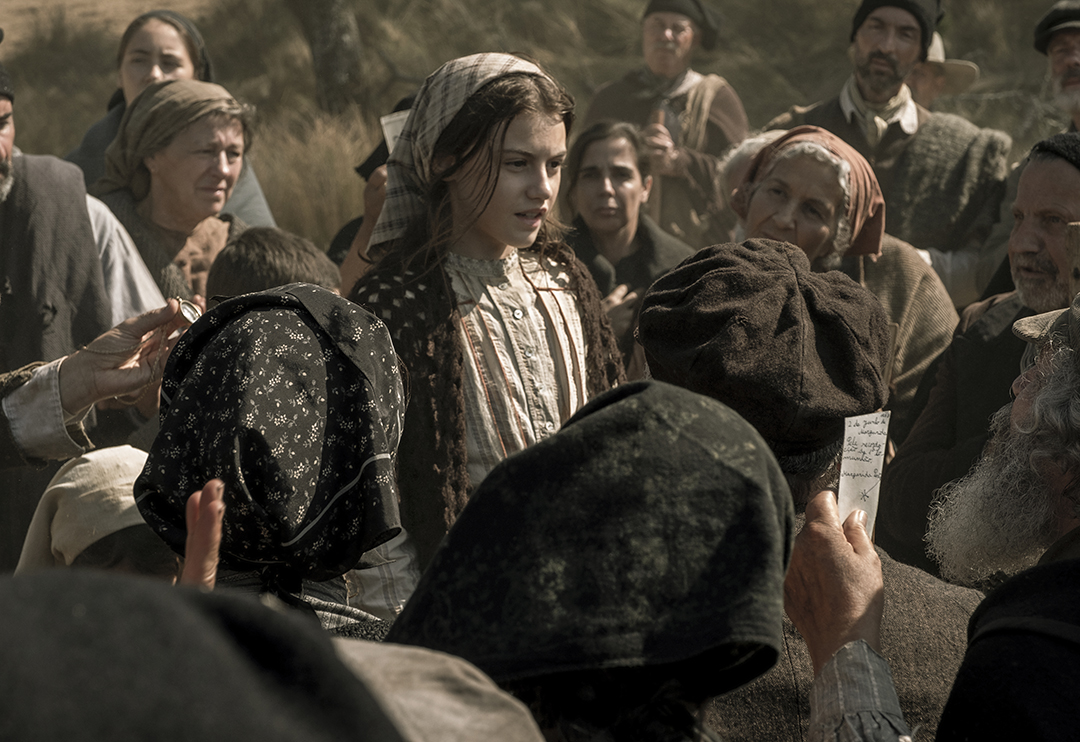 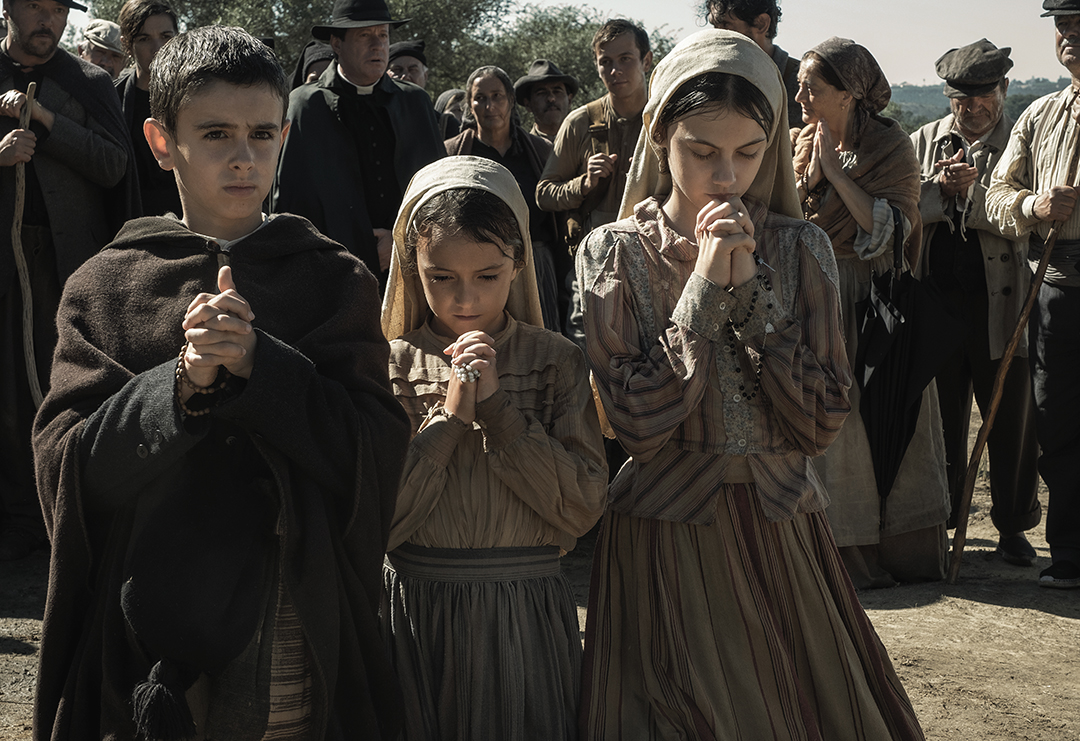