Genevieve O'Reilly has had a long association with the Star Wars franchise. As senator Mon Mothma she is a stalwart fixture within the Rebel Alliance, but perhaps a character that we know very little of, but as Andor drops to Disney + all that is going to change!

The thrill of watching Genevieve work is that she can say so much, by saying very little, that for me is acting. As a person she has grace and presence, she has that wonderful Irish warmth and openness which made our conversation about her work on Andor and Australian crime, thriller The Dry all the more rewarding. 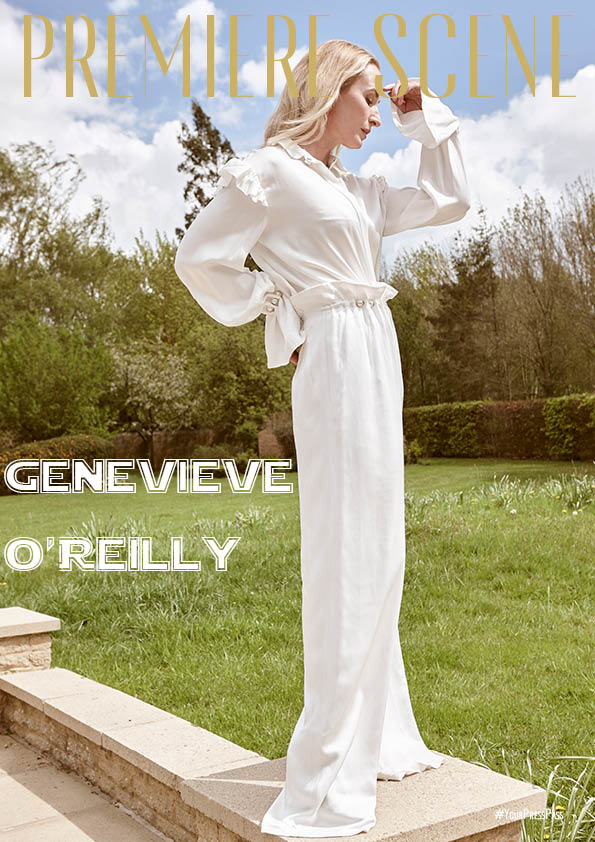 Have to say I am a huge fan of Tony Gilroy’s work and so far Andor is just sublime. So for you getting the opportunity to work with him and his writing again must be so exciting?

Tony is a truly gifted writer, his work speaks for itself. We all know his work from so many of his films of the past two decades. And so the opportunity to work with him on this was just a no brainer for me. He is interested in complicated, in-depth character and conversation and discovery; and so for me, as an actor he speaks my language.

And when we see Mon Mothma in Andor, what’s great is that it reveals so much, but so little as well. We see she is carrying the weight of the world on her shoulders, but can you elaborate a bit more about when we first see her?

Yes, and I really like what you said then about learning so much and so little all at once. I think he does that brilliantly as a writer; it’s all carrots and Easter eggs. He really gets you leaning forward as a viewer and he certainly has done that with Mon Mothma. The first time we meet her we can see she is a woman with influence and power, we can see she is a crafty intellectual. But we also see straight away that she’s under incredible power and stress, we can see that although she’s working as a politician, the construct of that world is caving in on her and she’s looking for avenues.

Absolutely, and I think with the costume, which always says a lot about the character we see straight away how the tailoring says something about her being a powerful woman. Yet there’s curves and shapes which represents a more matriarchal side to her character, is that what you saw when you were working with costume, how much it reveals about her personality?

The costume designer on Andor is Michael Wilkinson, he is not only a brilliant artist and craftsman, but he is also a really curious human being (laughs). The conversations I had with him, and the costume sessions I had with him and his team, were no doubt the most collaborative experiences within costume of my working life. He was so interested, like you said then, about using line and contour and colour and shape to introduce, and to reveal a woman. Obviously we were working within boundaries of Star Wars and [what] George Lucas had created with this character previously. So her colour palate acknowledges that, and the wig obviously is quite an iconic look for this character, but both Emma Scott who was the hair and makeup designer and Michael Wilkinson were really interested in working to craft a different version of this woman. Quite like, if I might have met you 20 years ago, I might have met you looking or feeling different. I think that is true to us as women, that we might arm ourselves different within our costume or within our wardrobe, depending on the circumstances.

Yeah that’s very true and I think what’s exciting is that we are going to see more of her world, we’re going to learn much more about who Mon Mothma is as a person, I imagine this must be thrilling for you to so show much more of the character that you’ve been associated with for such a long time?

Yes I feel that this is an opportunity to reveal the woman within that role. There’s a moment in the first episode I’m in which is episode 4, you meet her in this scene with Luthen (Stellan Skarsgård) in this gallery. But then for the first time ever you see her walking into her home life, and there was something that I wanted to do which was; in the iterations that I have got to inhabit her before, I’ve never been able to play her without that medallion around her neck. And there’s always that idea that those ornamental parts of a costume, or those ornamental things that you wear might be the idea of them being a poisoned chalice, or heavy is the head that wears the crown. And in that episode, in the first moment you see me going into that home, I think you see me taking that off. I remember having those conversations saying, ‘Can we do that? Can we see this woman without the iconic medallion? Because that means a lot to the fans and we always want to respect that. But if we are really interested in discovering her, then there is something I can do very early on which is remove that, and how does that influence how we see it?’

Mon Mothma is so part of the DNA of Star Wars and the whole canon, so how do you prepare for her?

I think I was always very respectful of the work that Caroline Blakiston did in Return of the Jedi, because she originated the character with George Lucas back in the 1980s. So I know that when I first stepped into that role, and then later when I came back to do it in Rogue One, I certainly went back and looked at that scene because that is the DNA of that character, Caroline’s work. However, the times I have had the opportunity to play her she has been a senator, she has been a leader, but the scenes that we see her in have been moments in time and they have been expositional in qualities so; ‘here is some information, this is your task, off you go and do it.’ (Laughs). This was the first opportunity to discover her, to find out what her part in this universe could have been. So Tony really worked to carve out some space for himself within canon, that’s why he has set this at this point in time, because he felt he could carve out some space to be creative with these characters. And that’s what I hope we’ve done. Certainly that’s the endeavour.

I wanted to also talk to you about something much closer to Earth as we can also see you in The Dry working with Eric Bana?

That’s a piece of work that is very close to my heart. That was just before the pandemic. It was a really special project to be a part of. The source material which was Jane Harper’s book was a best-seller, and Rob Connolly our director was really invested in being truthful to that. But what he also did with that was really be open to putting muscles and flesh and cells on to that character of Gretchen, and we really worked for her within the film to be an important female voice. I really love that film; it’s dark, yet it’s deeply compelling. And it knits nostalgia with grief very beautifully. It’s a murder mystery, but it’s so much more than that; it’s about community, it’s about history, it’s about friendship. There’s so much in that film, it’s a really special piece of work and very proud of it.

It is beautiful, the symbolism when we see the main characters as children, they’re playing in the river, it’s lush, there’s life and then what happens when one of the characters mysteriously dies, that loss of life effects the whole community and now the town is dry and baron, decaying, it’s very symbolic.

Can you tell us what it was like working with Eric Bana as I believe he was also one of the producers, so I imagine it was a project close to his heart too?

Oh very much so. Him and Rob, our director have a very close working relationship, they have a film company together I think, so that was a real passion project for both Eric and Rob. I grew up watching Eric Bana’s comedy because I was living in Australia as a teenager, so I remember his early work as a comic. There’s an old Australian film that is a part of Australian colloquial reference which is called The Castle, and he is in that, and plays a kickboxer I think (laughs). And I remember seeing Chopper at a very young age and watching that transformation between the comedian and the quite brilliant actor; and of course his career, like we all have. So the opportunity to get to work with him and to play characters that meant so much to each other was really special. He is a very open actor, he is deeply collaborative; he’s warm, he’s a gentle leader. He’s also interested in doing very good work, so him and I had a great working relationship, and we knew what I had to bring to the films was history. Falk (Eric Bana) is such a stoic figure within the piece, but it is Gretchen that gives his history, along with the flashbacks. So him and I had to work early on to create a bond where we could feel that history between them.

Gretchen is the anchor that connects him to his past.

Yes, very much, she is that anchor, that root, that then allows you to see the past because you can connect it and knit it together. So working together on that was a really successful collaborative working relationship and I’m very fond of Eric, he’s a very special man, a great actor and I think if you were to speak to Eric too, he would also say that piece is very close to his heart. It was a really special, intimate project to be a part [of]. 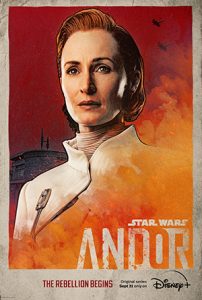 And finally back to Andor, what excited you about returning to the Star Wars franchise?

For me returning to Mon Mothma; I was interested, if they were interested in exploring her less as a senator, less as a figure head, but more as a woman. And I think they are really working to excavate that. I know Tony is and Sanne (Wohlenberg) our producer. She produced Chernobyl, so she is there working side by side with Tony, so they are interested in the complexity of being human. Where previously we’ve only seen right and wrong, we can break down that binary perspective, and we can look at the intricacies, and the complications of being human. And for me that was what was interesting about returning to Mon Mothma, about seeing what her sacrifice is, what her drive is, how difficult it is to be her, to ask those questions that I’ve always had of her.

THE DRY now available to stream, buy or rent

With special thanks to PERSONAL PR