When I think of Disney, I must confess for all the Marvel and Star Wars iterations we’re bombarded with my mind still jumps to films like Cinderella, Snow White and the Seven Dwarfs, Bambi; I know, call me old fashioned. But there’s a series coming to Disney Plus, that may well alter our perceptions of the Mecca of family entertainment: Extraordinary. Targeted towards a more mature demographic Extraordinary comes from the producers behind Killing Eve and will star Sofia Oxenham an extraordinary actress, who delicately and sensitively portrays the part of Carrie. Carrie lives in London’s East End whose superpower grants her the ability to channel the dead, but this is no dead-end job for the Cornish born actress who we will recognise from BBC’s Poldark, no; this opportunity has been a gift. It was such a treat to chat with her not only about the boldness of the writing and comedy, but it was a rare opportunity for her to portray people she would never be cast for such as Adolf Hitler, so not only did she have great fun, but she could really put acting chops to the test!

Even though this show has superpower elements to it, it really feels like this is a story about friendships, and I wondered if you felt the same?

Your character Carrie, she has a very unique superpower, but I’d prefer you explain what that is, you poor thing. (Laughs)

She channels the dead. But what’s quite useful about it is she gets to use it in her work. She works as a lawyer, so she helps settle estate disputes by getting the person who’s died to decide which portion of whatever goes to the right person. So, she uses it for that. The thing is she’s quite naturally a shyer girl, and these characters that she channels are often very much larger than life, so sometimes she feels a bit overshadowed by those characters (laughs).

Oh my God, so exciting because in the series what they do when we’re filming is I actually speak all the words of that character, and completely physically embody them. I did the accent, the voice, and then they get another actor in post [production] to re-record the words, so he is matching my performance, but it’s his voice that is coming out of mine. What was really fun was that you get to be those characters who you would never get the chance to actually play, whether that be a 50-year-old man or Hitler (laughs), you’re never going to be cast as those things (laughs). So, it was fun to get the chance to really play characters that you would probably never get the opportunity to do, and also physically very different, and that is such a joy to be able to do that.

And I think what’s clever with the writing is because your character channels the dead, it makes her empathetic, that floods into who she is as a person doesn’t it?

Yeah, yeah, you’re really right, I think it does. And I think she feels a little bit at a loss of who she is, because she is spending so much time channelling these other people, and people are just asking her to be other people, rather than what she thinks. She’s not very confident in what she says or how she presents herself to the world, which is really fun and also an interesting thing to explore, especially in a comedy.

I was going to ask you about the comedy, because this is a departure for Disney, in the sense that it’s taking a different direction in being more adult and targeting a more adult audience. The writing seems very bold, was that exciting for you to be a part of?

Oh my God it was Claire. From the very beginning, as soon as I read the scripts, I had this feeling that I was really desperate to be a part of it. And I remember going through the audition sides with one of my friends, he was testing me. I was like, “Look if I’m not a part of this, I’m not going to be able to watch it because I’ll be so jealous. But you have to watch it.” Because we were really laughing going over the scripts, I felt immediately the writing appealed to my humour. It felt really exciting, fresh and different, and I just really wanted to be a part of it. I was so grateful when I was cast in it. 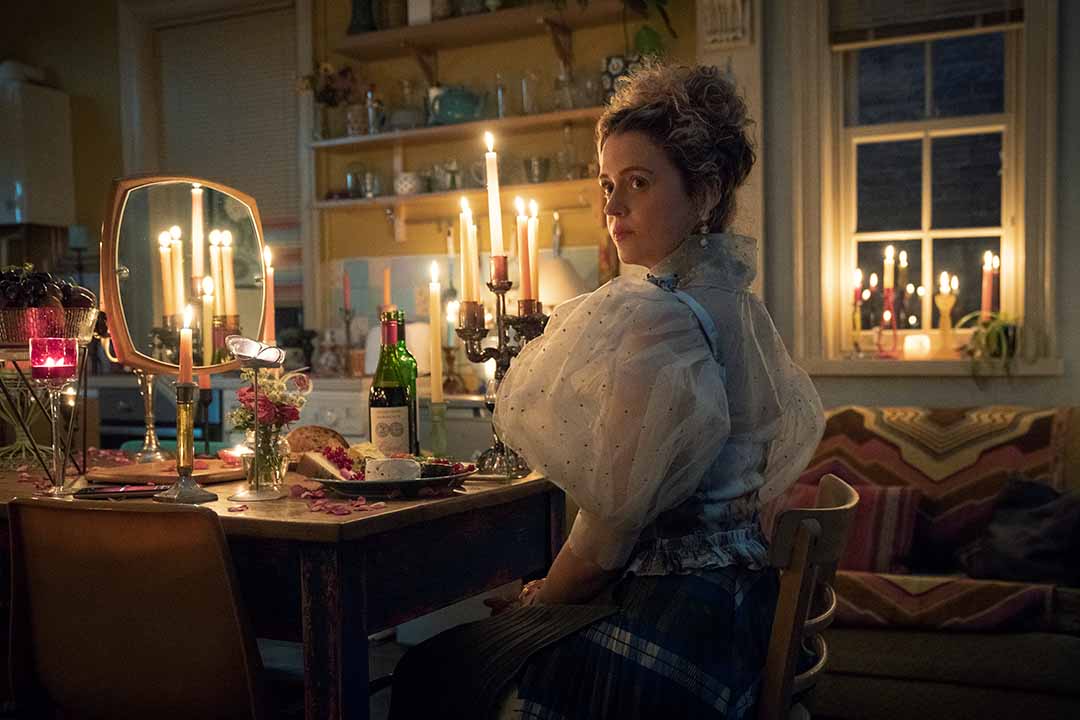 Acting is reacting, but for comedy timing is everything, so I would imagine you can’t over-rehearse because the magic of comedy really is in the moment. Was that something you were conscious of when filming?

Yeah, it was. We were really lucky because we got about a week and a bit rehearsal with an acting coach and our director Toby (MacDonald), who directs the first four episodes. She really put us into the world of what it was going to be like, and she would send us out on little activities in character. Of course, this was the first time we the actors had ever met, so we had to build those friendships quite quickly. She’d be like, “Here’s £10.” We were filming in East London, she’d go, “In character you have to go and buy something.” For example, there’s a cat in the show and he goes missing. So, she’s like, “You gotta make posters about the cat going missing and put them around East London. Go in shops and ask them to put them in.” So, we made this poster, me and Bilal (Hasna) who plays Kash my boyfriend in the show. And at the end of the exercise, the acting coach went, “You didn’t put your actual number on that poster, did you?” I was like, “Yeah, I was just trying to make it as real as possible.” She was like, “Probably not a good idea, cos now your number is around the whole of East London.” (Laughs). But what I think is really fun about it is we got the opportunity to improvise a lot around the script as well. So, there’s definitely Emma’s (Moran) writing, and we would stick to the script. But afterwards Toby our director and Jen Sheridan who directs three episodes would let us improvise afterwards, so then some moments would organically appear, which was really exciting. But you’re right you can’t over rehearse it, you can just rehearse the characters and the relationships and then the actual text has to be in the moment to have that freshness.

That’s such a good question. I think I learned a lot about stamina [and] pacing yourself physically. At the beginning everything is so exciting, and you can get quite exhausted quite quickly, so just pacing yourself in terms of preparation. Because this is the first comedy I’ve ever done, not over-rehearsing and trusting that in the moment if you know the character, you know the scene and you really trust your scene partner; which I was so lucky that everyone in the show was amazing, and easy to work with; those things are going to happen naturally. And actually what I found [was] the stuff that I over prepared, I felt didn’t work as well in the series as the stuff that just happened in the moment. And I think sometimes when you’ve got a lot to do you want to prepare as much as possible, but I think it’s preparing in the right way. So that what I took from it.

“You can rehearse the characters and the relationships, then the actual text has to be in the moment.”

You studied at RADA (Royal Academy of Dramatic Art) which predominantly I associate with theatre, so how has the transition acting from stage to screen been for you?

I have really enjoyed it and to be honest with you Claire when I was at RADA I was never one of the ones who really excelled in the big stage productions. In our final year I was cast in the more small, intimate theatre shows. I think that was something I felt more comfortable with, so I felt the transition to screen was maybe easier. But recently since lockdown, I’ve really felt like, “Oh I really would fancy doing a play again.” (Laughs) Just for the challenge of it. The thrill! I’ve been feeling it a lot recently (laughs).

What have you taken away with you from being a part of Extraordinary?

There’re so many things. I’ve taken away some amazing friendships from the cast, we’re all really close which I think is so special. I also feel like I have been inspired by Emma’s writing and by the whole team that made Extraordinary. From the directors to the execs, to costume; everyone. They work so hard to make it the best it can be, everyone is dedicated, and I find that a really inspiring environment to be in. So, I guess a general sense of always striving for your best. Also, there was an amazing familial vibe between everyone, it just feels comforting and exciting.

With special thanks to ACE PR