If you didn’t think the John Wick mythology couldn’t get any more intense then watch this space as John Wick: Chapter 3 – Parabellum certainly ups the ante! Keanu Reeves continues to deliver mesmerizing feats of accurately executed action, coupled with a compelling believable portrayal of a man steeped in grief. So hunt down a cinema near you and find John Wick.

Now we’ve seen how lethal he is with a pencil, wait until you see what he can do with a book, in the next instalment in the series John Wick: Chapter 3.

In Chapter 3 the world widens, in Chapter 2 we visited ancient Rome, and now Wick will venture to the mystical Sahara. 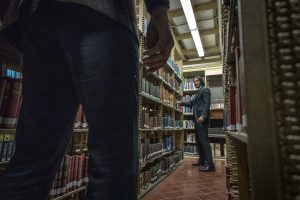 Already strongly established in this world of assassins are rules and consequences and as the High Table cements its presence in the film, fealty becomes a strong theme.  Indeed, loyalties will definitely come under scrutiny in a world ingrained in self-preservation and where anyone’s head has a price.

For those who may question just how many more people can John Wick annihilate to keep an audience invested, well, be prepared as they really do up the ante. If you feel exhausted after watching it; good, you’re meant to, as the filmmakers have deliberately developed the film to give audiences a taste of what Wick has to endure.

All of us root for Wick and with a $14 million bounty on his head what motivates the man who relentlessly fights for survival? The simple answer is love. We learn much more of Wick’s origins and why cherishing the love and memory of his wife, drives him to want to live.

Conflict surrounds Wick, but we learn his biggest conflict is the one with himself. And so we see two sides of him, John the husband, the widower, the man he wants to be, and John Wick, the super assassin, the Boogeyman.

But Wick is a cold blooded killer, so why are we so enthralled by him? Keanu Reeves is captivating on screen for sure, he plays the part with such conviction, but there is something more fundamental. Wick doesn’t appear to glean any pleasure from these kills. Is he ruthless? Yes, but his execution is accurate and precise; there is no torture or prolonged suffering perpetrated, he is quick and resolute. Though you could argue that he isn’t given a chance to be anything other!

With the bounty escalating there are plenty of contenders foolish enough to take on the man, the legend.

As you will have come to expect with the movies there’s some amazing choreography. The action plentiful and there’s some real ingenuity and imagination applied to every sequence that will have you at times squirming in your seat and averting your gaze. 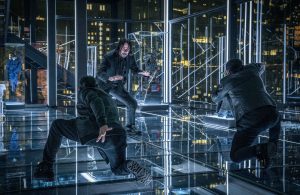 If owning the film wasn’t enough, a further reason to pick up a copy of the Blu-ray or DVD are for some of the bonus features which include informative interviews from the cast and crew where we learn a little of what we can expect from the new John Wick TV series.  And if you fancy having a go at being John Wick, now’s your chance as we get a taste of the new computer game as we go behind the scenes of John Wick Hex.

With Chapter 4 now confirmed, heaven help anyone ready to knock down John Wick as you know he’ll come bouncing back with killer determination and I can’t wait!

“I like how John Wick keeps getting knocked down, but he keeps coming back." - Keanu Reeves 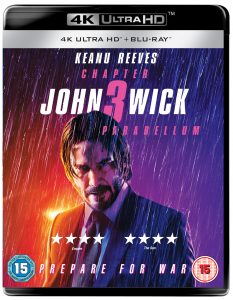 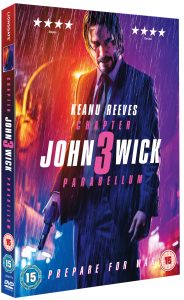 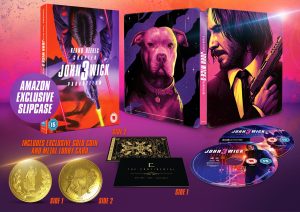 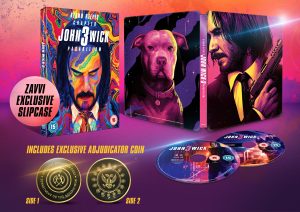