Dissatisfied with her own existence, hairstylist Claire resourcefully puts her scissors to a new use in an attempt to carve an alternative life for herself in this sumptuous horror.

View The Stylist via Arrow

Jill Gevargizian, the director who definitely has the final cut

Inspired by Leatherface of The Texas Chainsaw Massacre fame Jill Gevargizian wanted to create her own tragic monster. As a hairstylist herself it seems only natural that she based her story on a world she knows so well. I was fortunate enough to interview the director about her debut feature to find out why The Stylist is a cut above the rest.

What I loved about the film with in the first scene we see the grizzly details of what Claire gets up to and I think that once we’ve established that it allows us to really concentrate on the psychology of Claire and allow the film to focus on that as opposed to the act itself. Was that something that you always what you wanted from the film?

Yes, it’s exciting to hear you say that, it was always my intention to right away show, and that people go in kinda knowing that this is about a hairstylist that kills people, that’s not what we’re learning you know, in the movie. So it made sense to me that the feature would open up with her normal routine, like this is how it happens when it’s planned and everything goes well and this is her normal thing to also, you know, be the opposite of what then happens as she spirals out of control throughout the rest of the film. But it was always the focus that it’s more of a psychological type thriller, but we are such horror fans that we wanna treat all the kills, you know as horrible as possible (laughs).

The theme for me is definitely this sense of dissatisfaction, a sense of inadequacy in one’s self, what was it about that that you wanted to explore? And why we are so dissatisfied in our achievements?

Yeah it, there is so much in her, but it is a lot about I think, how unkind we can be to ourselves and how we view ourselves in how we look, what we are achieving. Here we are in life and also kinda ignoring the root of the problem and just trying to cover it up and that doesn’t get us anywhere (laughs).

It kinda started just as an idea that feeling of envy and wanting to know what it feels like to be someone else and kinda how that is delusional because we all have these struggles, the victim mentality that I have it worse than others, and that is so self-destructive to be that way.

Absolutely, and we obviously see that spiral as the film goes on. And Najarra Townsend she provides such a nuanced performance and what gives us this rooting interest, as we see the development of Claire we see this fragility which gives the audience a rooting interest, was that something that was always important to you as well?

Yeah, one thing I battled with personally when writing her, I was always worried that; I always wanted her to feel very human and real and raw and relatable. But I acknowledge that what she does, even in a real life serial killer story is very theatrical and over the top and not believable. So I was like, how does she feel believable, but do very unbelievable things, and so much of that is in Najarra’s performance like you said. I felt she could say so much with just barely moving her face and it’s incredible, there are moments that you see in the film, I just giggle from it because I’m just so happy with it. It could have been very campy if it wasn’t treated right and half of it is all by herself in silence, I feel not speaking so. I feel that we really benefited, Najarra was in the short film and we had these years of developing the character together and she because she is so real to us by the time we came to make the movie (laughs).

Yeah I think that is what’s quite powerful about the film, you could have easily gone down this path of having this inner monologue that you hear her in voiceover because the story is told really from Claire’s perspective, but Najarra’s performance is so powerful you just see the inner life through her eyes and just small movements and gestures really.

“It’s more of a psychological type thriller, but we are such horror fans that we wanna treat all the kills, as horrible as possible."

I wanted to touch upon the short story, had you always got a feature film in mind when you created the short? Or did making the short make you want to then adapt into a feature length film?

The concept from the start I wanted to do a feature length but I knew I wanted more experience as a director. I had only made one short film at the time and had very high standards for what I do, as I was like, I’m not going to try and go from that little short I made to the feature film. And so we realised that the concept worked in both ways, we could show it in a short we felt well. So it made sense just to start there and I only wish we had started writing the feature right away then, but now that we’ve made it I’m kinda glad we got to do it on our own, truly independently, but when the short came out there was a lot of interest in a feature, I was like, “Yes I want to make one, I don’t have the script ready yet.” (Laughs).

And there’s this beautiful colour palette in the film as well, very heightened colours that give us this sense of surrealism. Can you talk a little bit about working with your DOP (Director of Photography) and how much was created practically and how much was in post?

Yeah the colour palette and plan for the movie was a very big thing that we started with early on because everyone needs that from our wardrobe to later with our colourist. So we brought a lot from the short, I fell in love with using colour in very like extreme ways. It was watching a lot of David Fincher movies and realising people use it to represent things and it’s not just something to do that looks cool and so I have been obsessed with it ever since I realised that and with this film I have been trying to do so much of this, Claire / Olivia as kind of opposites, they have a lot of similarities but Olivia is kind of the anti-Claire, so we designed Claire as she has a look to her life, how she dresses, how her house looks, her salon. And then Olivia’s life is opposite in every way. And we took that even further, we realised when Claire would be in the real world, like walking down the street or in a coffee shop, you know she still stands out, like almost that she is from another time was the idea. Like everything is modern and bright to cool colours except for her life which is all warm and oranges and yellows. We also thought it would be cool because your typical serial killer story you make them all scary and cold and dark and her world is kinda, her lair is the opposite, it’s supposed to feel like this safe nest, which our productions designer came up with that. That’s how she described it to everyone, like it’s a nest, like it’s circular, she’s safe there even though it’s so messy it’s still beautiful in a way. But we went crazy with the colour and it’s everything from our lighting to the production design and the wardrobe through colour correction, this was all a planned out thing.

And the other thing that is striking in the film is the sound design, which felt very John Carpenteresque, would I be right in saying he was an influence there with the sound?

Err, I don’t know, not specifically, honestly, but we worked with NoiseFloor team in Chicago, (it) was my first time working with them, it was like the most fancy sound situation I have ever been through, so it was very exciting. We have like on short films, you know one or two people do the whole post sound and this was like a whole team, doing all kind of things, but it was really cool, one of my favourite things that I never envisioned.  Like you say we didn’t do voiceover type stuff or kinda weird internal things until we have these basement scenes and they had this idea, it’s kinda the pinnacle of the movie when she is kind of about to break, to have all these clips like her head, we really bring it out, I never thought we would do something like that and loved it, but generally we wanted it to be very realistic sounding, but when we are close almost AMSR (Autonomous sensory meridian response) like you can feel it, but the challenging stuff is like the special effects, you’re like, “what does this scalping actually sound like?” (Laughs). Like digging into watermelons, stabbing fruit and stuff to make those sounds (laughs).

And finally why is horror such and ideal genre to serve as a social commentary?

I think because it’s a more filtered way and a more exciting and entertaining way to talk about that kind of stuff. Versus just straight forward discussing it. Err and especially with horror you can use extreme metaphors for very real issues and you know its stuff that maybe if someone saw a drama about something very heavy they may not watch it, but can sneak it in horror movies (laughs) and make people think. I think it’s an exciting thing because of the metaphor that you can do so much, you can take it to a surreal place like you said, or it’s just a nice lens to talk about deeper things through. 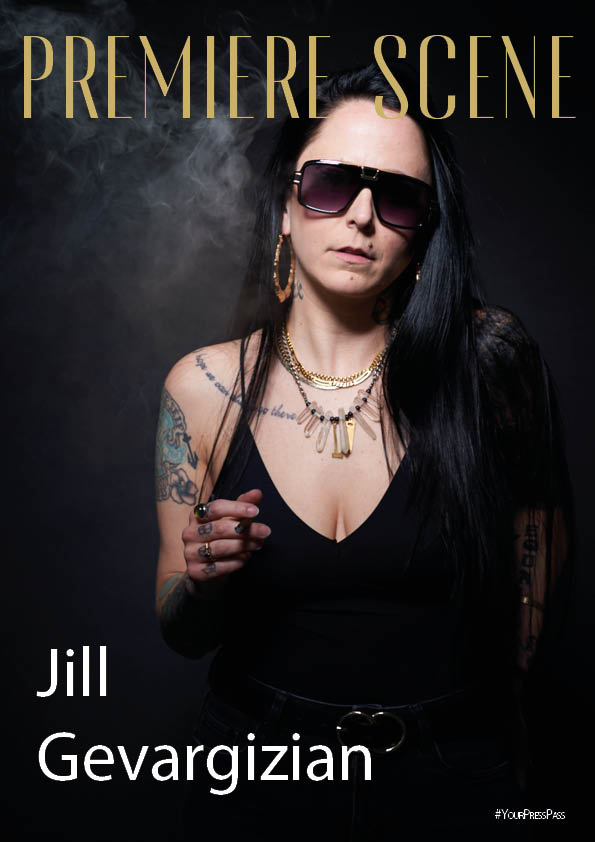