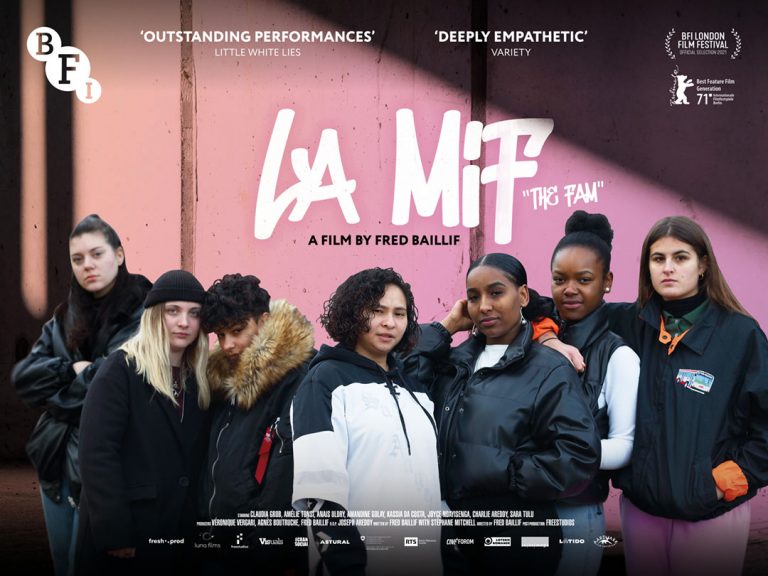 A group of troubled teenage girls live in a residential care home under the guardianship of social workers. Living as a community, a surrogate la Mif (slang for family) is formed.  An event occurs sending the already fragile and at times fractious environment into turmoil.

It is the pursuit of authenticity that many a filmmaker strive for one such person is Swiss director Fred Baillif. His stark and uncompromising film set in a residential care home for at-risk teenage girls has already garnered many awards throughout film festival circuit and he’s earned them. Whilst in the UK during the BFI LFF, I was fortunate to interview the former social worker as we delve deeper into his filmmaking process and how film funding bodies can truly help support future film makers.

Congratulations with the film I have had the pleasure of seeing it, for me watching it, it feels like a real education, I wondered whether that was your primary motivation for making the film?

Hmm. I don’t think we make movies to educate people, really, but if we do then fine, that’s great. The idea first is having a process of listening to the people who really experienced life in a home. Not only the girls; also the social workers because I think what they bring to the story is very important. Also because we as an audience can relate more to them, the people who try to help.

This was my angle, I chose to have this angle of having this point of view of the workers. It’s based on my personal experience as a social worker, so that helps.

I was gonna ask you about that, because this feels very authentic. I wondered even though the story is fictional, were the stories that you used based on factual stories, or things that you knew about?

It’s a mix of factual stories and stuff that I made up, but made up with a known, strong and deep research that I made with the workers, but especially with Claudia (Grob) who plays the character of Lora, the director of the place. She was actually a director of a home for 20 years and when I made the interviews with the girls I learned a lot, but also the idea was to know them well, to make sure that nothing that I would use in the film will be a problem. To really have a limit between fiction and reality. And then the work I did with Claudia, the research, the interview inspired me so much.

It’s like a documentary film, but I used those things to build a story and especially the problems she had with the institutions, with the politics, all the pressure she experienced as a worker, not to talk about sexuality when it comes to minors, you know, those things inspired me from the start. So I would say it is really based on research like a documentary filmmaker. And then the realism in the film comes from the fact that these girls, the actors, who were not professional actors, have a duty to be themselves as much as they can. And I put them in situations that they may know or may have experienced,

but to be careful that those situations are not too extreme. Extreme yes, but not related to what really happened in their lives, but that something that I was trying to be really careful with, unless they wanted to. Everything was always discussed, we agreed to do this, would you like to do this? What do you suggest for your character? So work we did together.

As you said these are non-professional actors, and you worked for two years with them to build their characters and I suppose to give them confidence in front of camera. These performances are very naturalistic, you obviously interviewed them to get to know them and hear their stories, but can you go into a little more depth with how you worked with them over that time.

Well it’s a long process, but definitely the most important thing I think is that we had the time to build a relationship and then they really trust me. But not only me, because I was going to the home a lot of times with my wife, having dinner with them, just being there. Sometimes you know how teenagers don’t talk, they are on their phones, but still we’re here. They adopted us as part of their home, and so I could talk to them and the first step was really important because those interviews are not superficial interviews. They really told me everything about their lives, about who they are, about what they feel, and I could feel what kind of personality each of them has and then use it later in the film. I also told them everything about my life, it’s not one way; they knew who I was and where I come from. So that built a relationship, but also the workshops that we did, the acting workshops where I teach them to not act, to be themselves and so really I would say it is all about trust. 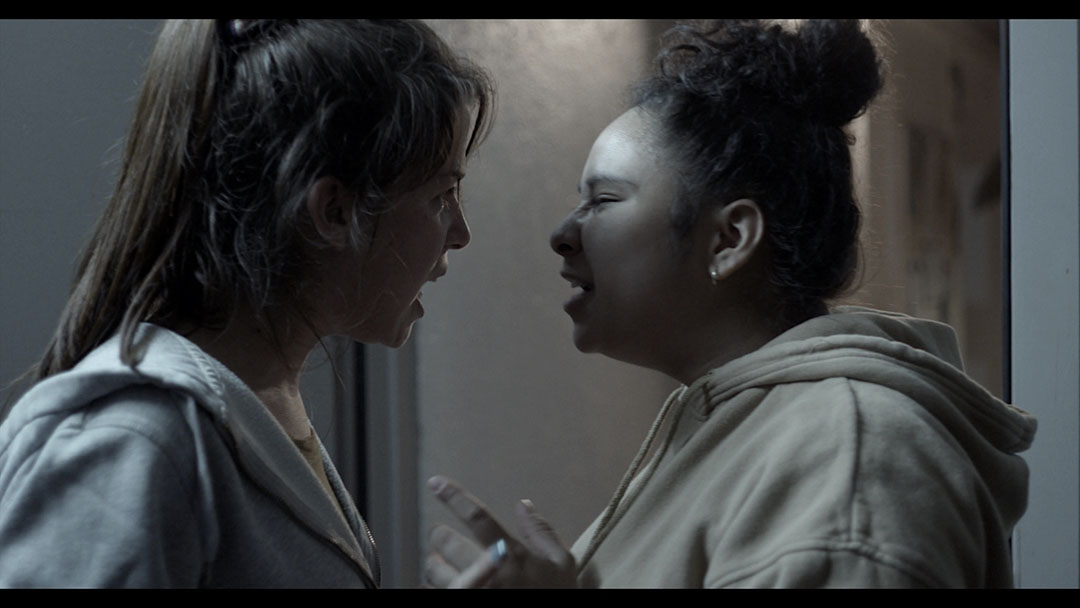 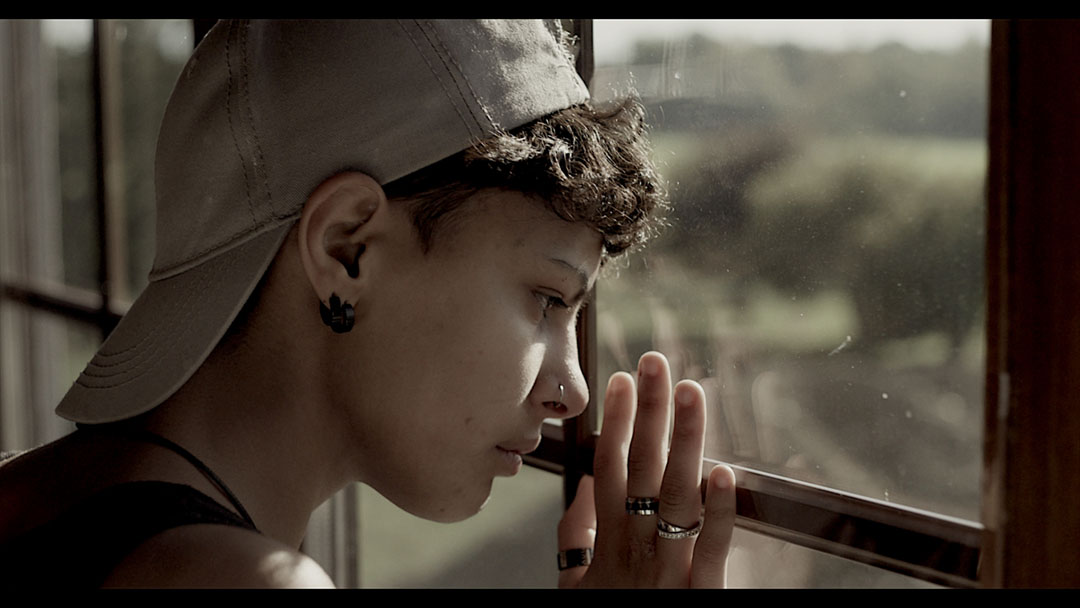 “the most important thing I think is that we had the time to build a relationship and then they really trust me.”

Absolutely. And also to help with that authenticity the location where you shot was a real care home wasn’t it?

Well we were supposed to shoot in the real home where they lived, but it took so much time to raise the money. We didn’t have the money and they were growing, most of them were not in a home any more when we shot the film. A few days before shooting a new director arrived and she got scared of the project and she shut the doors on us. I couldn’t go there anymore. Two of the girls were minors, who were the main characters could not be a part of the project, they were forbidden to talk to me. This is how violent it can be, the institution, just because nobody told that person that we were here and she got scared. So we had to find another place. We were really lucky. I’m lucky to have a huge network in social work in Geneva, so I called all the people I knew, even the politicians to help us find another place and we did. They were about to destroy the building, it was a very old building, we could do whatever we wanted. So they opened the doors to us, they were much, much cooler than that person, but it was a few days before shooting, so we had to improvise, but it’s ok for me because that’s the way I work, with improvisation.

It’s all part of the experience and that’s independent filmmaking.

It helped to because I was so angry with that woman and the institution that I even went further in the expression of the institutional of violence in the film, that inspired me. So this is what filmmaking is about, you have always have so much problems to solve that you need to use them (laughs).

And there is a real minimalism with regards to the cinematography and the whole look and feel. Can you explain a little bit more about how you created the aesthetic of the film?

Have you any advice for any other filmmakers that want to go out and make a film?

Well you know my advice, just make it if you want to, but I would give advice to the institutions that finance films. There are many ways to make films. Please finance films even if the dialogue is not written, because it’s a choice, it’s not because I am lazy that I don’t write dialogue, even if I was the best dialogue writer in the world I will never be able to express the things they do because they know better. So please institutions who finance films, like the BFI (laughs) please understand that there are other ways to make films, that’s what I do, I start from a cast and then I make my story which is the opposite of what we are supposed to do, but are we supposed to do things like everyone when we do art? I don’t think so.

It’s a personal thing isn’t it how we express ourselves artistically?

And I’m not the first person who does that, New Wave, Italian Neorealism, a lot of people did that before. So why do we have to have ‘a normal’ script to finance our project, I don’t think we should.