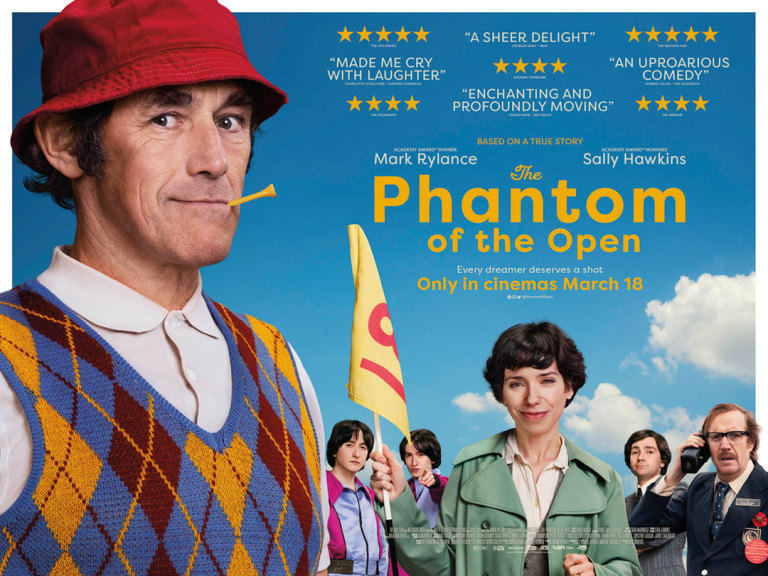 The utterly heart-warming and charming true story of ship yard worker and eternal optimist Maurice Flitcroft, who having never played a round of golf entered British Open Golf Championship Qualifying in 1976 and subsequently shot the worst round in history. A story of love, family and never giving up on your dreams.

Directed by Craig Roberts
Written by Simon Farnaby
Released by entertainment One
2022, 106 minutes, Certificate 12A
The Phantom of the Open - in cinemas 18th March
Official Website: entertainment One
Social Media: @PhantomOfOpen #ThePhantomOfTheOpen

I have had the huge pleasure in interviewing Craig Roberts many, many years ago when he starred in indie films Submarine and Benny & Jolene. Having always left an excellent impression it was lovely to see that with all his success the actor turned director is as humble and as unassuming as he ever was. It was such a delight for me to talk to him about this terrific new film The Phantom of the Open opening in cinemas 18th March. And it is a film to be marvelled at in the cinema for sure, starring Mark Rylance and Sally Hawkins, Roberts’ scope and vision has been fully fulfilled and has created a film satisfying for the eyes and heart.

Huge congratulations on the film, you are going from strength to strength! This is such a heart-warming film and I wondered when you read the script the story had the same effect?

Well thank you very much. it’s a nice thing to say, hopefully it does. I think absolutely what really drew me to it was the amount of heart that was in there. Yes it’s about somebody trying to become a golfer but it’s not really about golf, golf is the back drop of the movie. It’s really about family and about love and propping people up and allowing people to pursue what they want and become who they think they should be. And that’s definitely what attracted me to it. 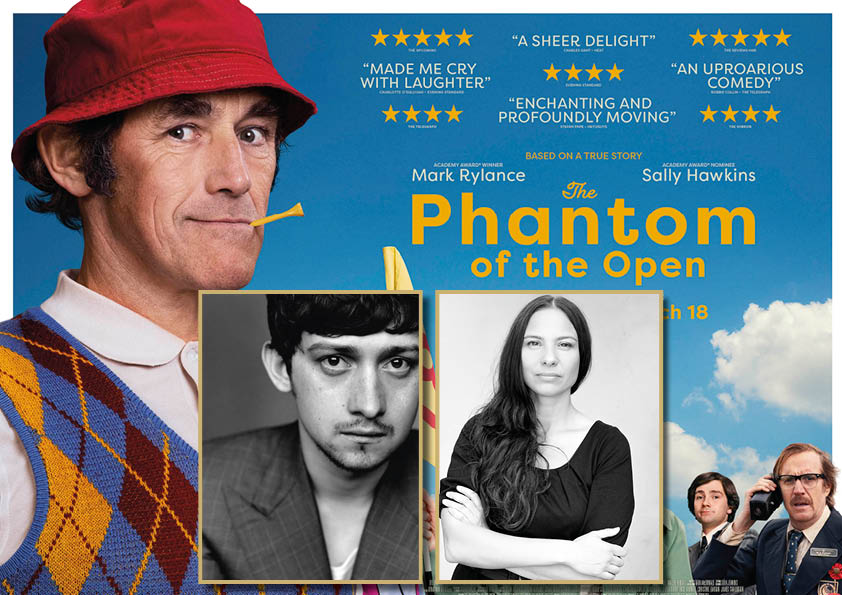 And I think what emanates from the film is it feels very authentic.

Well that’s good, that’s the script, the script was so good and having made indie films before this, I mean this is certainly an indie film as well, but more abstract or surreal films before this. I loved how accessible it was and how big it felt and it may be a small story to some people, but it just felt huge.  I really wanted to make it and I fought really hard to be the director and had an idea of what we could do with it in terms helping it transcend and become universal.

And Maurice our protagonist, he’s obviously eccentric, but there’s a real warmth and a genuineness about him that I would find is a very attractive character whose story you want to champion?

Yeah I think he just believes in himself, he really, really does. I think a lot of people’s reactions if somebody said, “I wanna be a golf player.” And somebody said, “You can’t be.” I think the normal response is, “Ok, thanks for hearing me out.” Whereas he’s like, “No, I will be a golfer, I will play golf. I can do it.” And that’s what I love about him. What I also love about him, when we watched the interviews doing the research for it all, when he’s interviewed sometimes you can’t tell if he’s joking or not, I feel like he’s playing people. I feel like he’s got this wicked sense of humour, so he’s great, so good.

Pardon the pun here, obviously his golf ambitions are driving the story, however there’s a whole bigger theme about cause and effect, and his ambitions do effect everyone around him and it makes the story so much bigger doesn’t it, because it effects the relationships around him?

Yeah, you’re absolutely right. And that’s what makes it for me, not a golf movie, it’s about family. He wouldn’t be able to take the time to practise golf as much as he did if it weren’t for his wife and being able to hold everything together, and be the glue of the family. And I think that is really important to showcase, and that’s why it was really important to get someone like Sally Hawkins to play Jean, so she could really bring it to life. 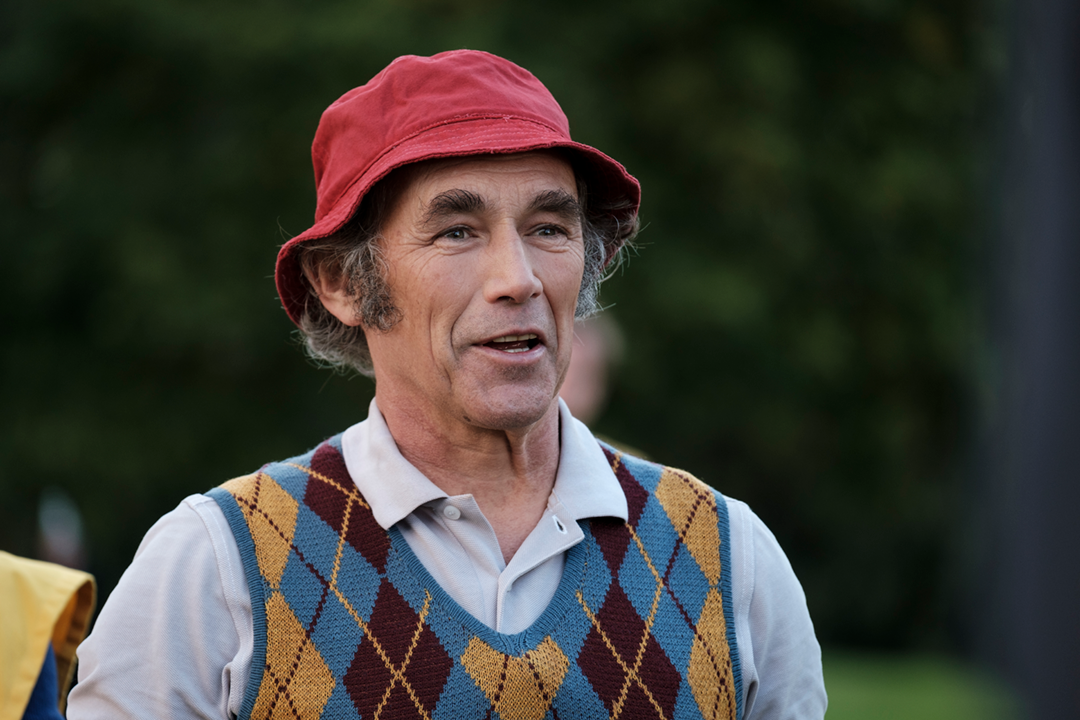 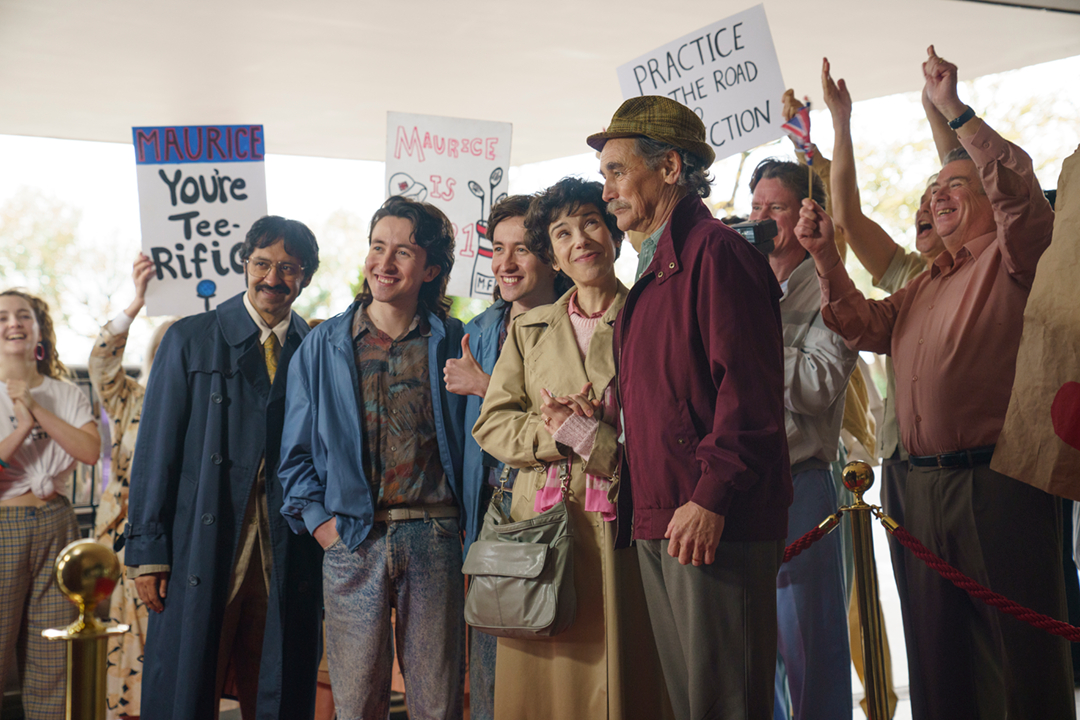 And of course Mark Rylance, I think it’s the first couple of scenes there’s just this twinkle in his eye and he’s just transformative isn’t he? You couldn’t have got a better actor to play him.

Yeah, honestly we were so lucky to have him, we really are. When we were putting it together, there was one choice, it was Mark. Let’s go for Mark, who knows if he’s gonna wanna do it. Fortunately he’d never been offered a comedy before, so that was really great. He just grounds absolutely everything and can be other worldly in a very accessible way which is important. He really brings you in with his eyes and just the smallest of smiles, his physicality is incredible as well. I couldn’t imagine the movie with somebody else in the role, at all.

Did you find yourself at all, I know you’re in the zone and directing him, but is it hard to not get swept away with a performer like that, you just get completely engrossed?

You do, for me though I’m just panicking that I’m shooting all the pages and not wasting people’s money (laughs), but you do absolutely. Some of the greatest moments are when you make eye contact with the DP after a take, and you’re like, “Yeah, we got it, that was absolutely incredible.” And that happened very often on the set. It’s all about the actors really, you can have the best cameras in the world, but if you don’t have the right actors for the project it’s not going to go together. So I think it was really important, and our casting director Shaheen Baig did a great job.

“It’s really about family and love and allowing people to pursue what they want and become who they think they should be.”

100%. And the film is very visual, it’s got a beautiful colour palate, it’s so cinematic, I know it’s a film made for the cinema, but it feels like a grand.

Good. Thank you well that was honestly the aim, I mean there’s a version of this movie that could be complete social realism and hand-held and feel gritty, but I really didn’t want to make that movie. That’s great for other movies, but for this I really wanted to capture his optimism and really open the gate and make it feel as big as possible for what he was trying to achieve. And weirdly the colour palate stuff comes from Superman. So within the script Simon had this scene that described Maurice opening his work overalls like Superman and then for some reason it just clicked in my head, I was like, “It would be great if he was actually Superman.” So throughout the movie we used the Superman colours, like with his golf jumper, we created that, so the diamond like Superman and all the colours. And silly stuff that nobody would really notice, but informs the iconography of it all I suppose.

And talking about making it wider you shot on an anamorphic lens.

We did, we did. We shot 2.35 (aspect ratio). One of the first things that I had in my head when we were making the movie was that it would start 4:3 black and white, because the movie for me is about not so much about golf, but about the love with Jean and how they support each other. We wanted to move from 4:3 to 2.35 within the camera. So we did this, and again no one will really notice this, but we did this little trick where we had all this 4:3 stuff in the beginning and then it cuts to a scene where they are on stage and we’ve used the curtains as the 4:3, but we’re actually shooting 2.35 and then the curtains open up and it goes into 2.35, so when he proposes and it felt like that’s the moment his world became bigger. 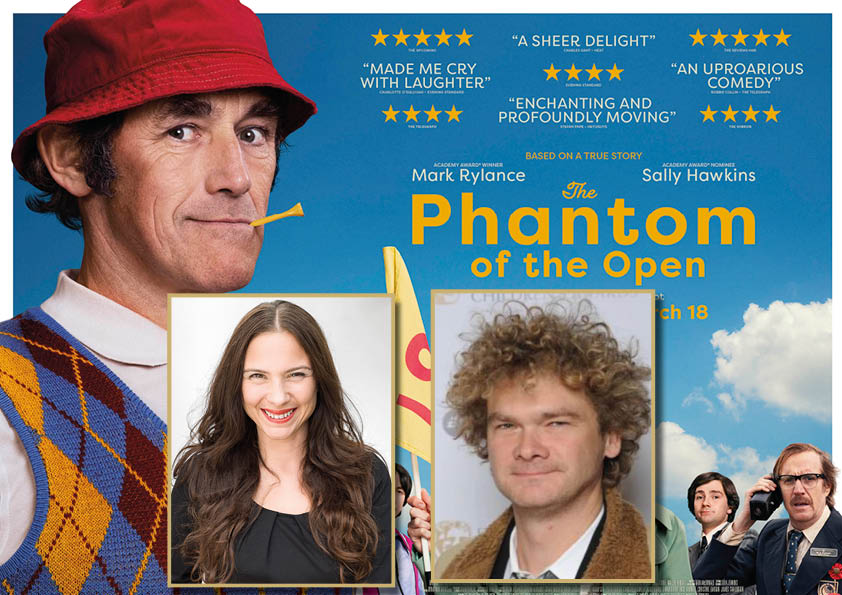 The Phantom of the Open - Official Trailer

Tags: Craig Roberts, Director, interview, The Phantom of the Open

Fantastic Beasts: The Secrets of Dumbledore – Movie Premiere at Home

Location: Available to buy or rent