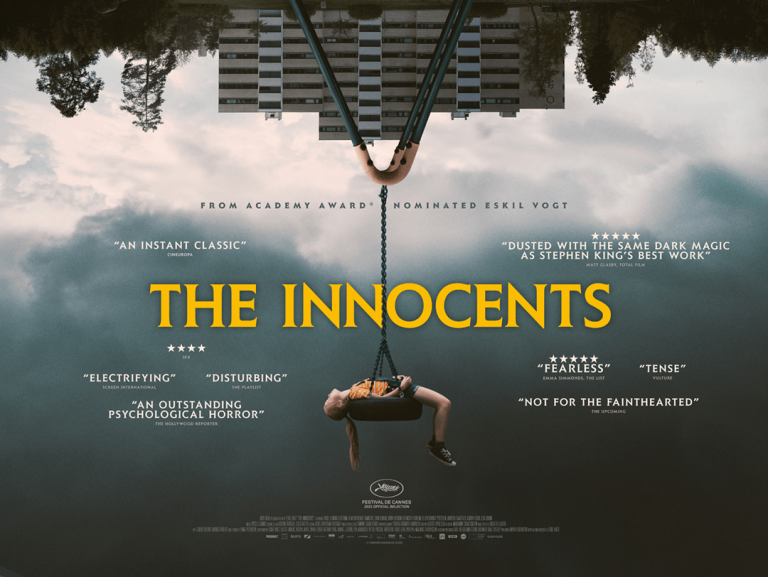 Discovering their new powers of ESP, a group of children give a whole new meaning to playtime in a refreshingly sinister Nordic horror.

Already gathering a host of accolades, it is no surprise The Innocents is being so well received. Gripping, suspenseful with a truly original story, the film artfully envelopes you into its world. It was truly my pleasure to interview writer / director Eskil Vogt to learn more about the inspiration of his chilling Nordic horror and learn more about how he was able to craft such nuanced performances from his child actors.

The film is so suspenseful and has some really sinister undertones which is great for a horror, can you tell me a little bit more about what inspired you?

Well I would never have made this movie if I hadn’t become a father. When I say that people get the wrong impression about my kids, as far as I know they haven’t done the deeds you see in the film yet and I haven’t seen any supernatural abilities (laughs). But it’s early days, we’ll see (laughs). It just made me curious about childhood again when I had kids, I don’t have that nostalgic constantly looking back at my childhood, so I didn’t really think about it until I had kids. 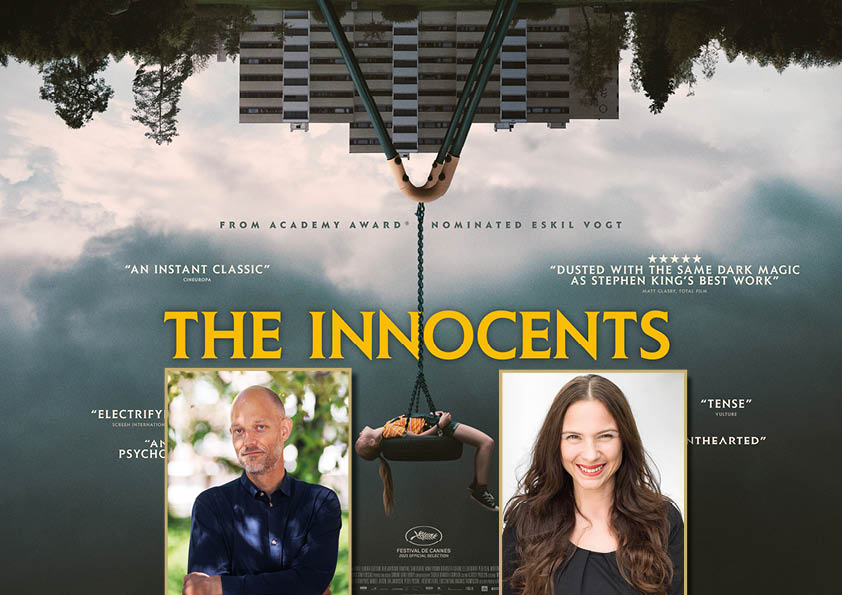 And then suddenly I just realised this is such a different way of experiencing the world, they are living in a different world than I do, I can never understand how they are seeing stuff, experiencing stuff, it’s different, and I felt I wanted to enter that world from their perspective about the secret world of childhood.

And I think one of the reasons really works is that the kids have got this ESP, and the children have not been mired with societal conditioning, they are open and free so we go on this discovery with them really don’t we? So was that something you wanted to demonstrate as well?

Yeah I think kids live in a more interesting and magical world, obviously. That’s because they feel things more intensely, their imagination is limitless and also sometimes they have difficulty to distinguish what is real and what is their imagination. So that’s part of it, and they are open as you are saying, they haven’t really learned what’s physically possible. So if something magical would happen they are used to new stuff happening, so they would just go, “Oh that’s how it works.” That would just be part of their world view and even adults who have experienced the same thing would go, “What!” And their whole world would just fall apart and they would be crazy, they would be committed, but the kid would go, “Yeah, cool. I always knew that was possible.” And I thought that was a very interesting way to get the supernatural elements inside a story which in a way is very close to the characters in a way they perceive the world and that made it more relatable I think. It’s part of something you could imagine kids believing or being part of their imagination. Then of course it’s not part of their imagination in the movie, it’s reality for them.

And what’s interesting as well is all the characters are three dimensional and evolved and I suppose what the commentary is, is that nobody is really good, but nobody is really bad. Is that something else you wanted to explore?

Definitely, I love horror films as a spectator I watch a lot of them but they’re so catholic in their world view, right? It’s so black and white, it’s so good and evil and often it’s an evil force that is outside of you that can take over your house, or your doll, or your kids. That can create some very good films, but I don’t believe that. When I make something I have to do something else, because I don’t believe in good and evil, they’re not, it’s just words that we invent to describe different impulses and emotions that we are dealing with and that we have to control those negative impulses and feelings or we can’t be part of society, we can’t be part of a family, we can’t be part of a community. So we need to control them, we need to learn how to control them and we negotiate that everyone does. So it was very important to me that it was this creepy scary kids story where you’re with an adult and you’re look at a kid and you’re thinking is this a demon that has possessed him, it’s not like that, we need to be with the kids, understand them, understand how they worked. How childish they are, and how impulsive and how they like to experiment and test limits. Sometimes there’s malice and cruelty there, sometimes it’s very innocent, but they do mistakes, they are all over the place and that’s dangerous when they have powers.

Absolutely, and talking about some of those, not mishaps, because some of them are quite intentional, I really love those horror moments, how artfully you demonstrate that in respect to using of depth of field. So can you explain a little bit about us?

Well, first of all it was very important to me and the cinematographer that we wanted to create the world of childhood and that was more important than to create a scary movie. So we wanted it to be how the kids discovered the world with their fingers and touch stuff, pick at a scab and eat it. And if close on that with a camera, it will remember doing that yourself and maybe trigger some physical memory you have, then all of a sudden you are participating in the movie in another way. And then of course when the magic comes, the supernatural element is introduced it has to be as tactile, sensuous and believable as those shots. So we kept it low key and very real. Some of the shots are very expensive, but we don’t make a whole building block explode like you see in those movies, but that’s not that hard to do, it’s just not that interesting in this movie. Because at that point all the adults will say, “What the hell was that?” And take the kids in and the story would be finished. And I wanted to be a life and death struggle between the kids and go to very scary and extreme places, but I wanted also to show that this can happen and the kids can be involved in it and the kids know what’s at stake, but if an adult goes by they’ll miss it, they won’t see what’s going on, so it will be every horror aspect, supernatural aspect will be a little bit more low key than you are used to and hopefully that will make it more relatable, more real, more engaging. And also violence, I feel violence sometimes is so exaggerated in movies that sometimes that you see a horror movie, or a gritty action movie, someone gets shot in the head and their head explodes and I feel nothing because if have no physical memory to project into that moment, but I see somebody’s finger being hit by a hammer and I feel it in my whole body, it’s so visceral because I know that pain, you know. And I felt that would more interesting to keep it more relatable, there’s so much more violence and terrible things happening in almost any other horror movie, but the reactions I get sometimes is that people feel more in my movie (laughs). I’m surprised sometimes how much they react to some stuff because if you look at it objectively it’s not that bad, but it’s kept relatable. And the kids are so good, their acting is so real so you’re more forces to believe it I guess.

“They were such intelligent kids, I mean even the seven year old would ask me about the character’s motivation because she was so smart.”

Yeah and touching upon that the performance from the kids are so nuanced aren’t they, they give such a lot by giving very little and they are very interesting to watch evolve, because they’re not actors are they?

They are not actors, the problem with Norwegian film industry is that we make so few films and television series, there’s no professional child actors here. By the time the next move that needs children is financed, the kids are grown, you know, you have to start over every time, which is great for the kids because it meant they don’t become this show business children, they have one experience maybe two and then they move on or make an adult decision if they want to continue acting. But it’s hard for the casting, you have to re-invent the wheel every time. And we knew that if one of these four kids was not top notch the movie wouldn’t work, so we spent over a year and a lot of the money in our budget to find the good kids. And we found very interesting kids and I tried to make the script fit them instead of the opposite. So I changed the sex or ethnicity of all four kids, one or the other, it was two brothers in the original script and it became two sisters, just because we found such a wonderful group of children. Then we worked with them, we workshopped with them, we learned them the craft of acting, we made them collaborators, we never surprised them, we wanted them  to really understand what they were doing, they were such intelligent kids,  I mean even the seven year old would ask me about the character’s motivation because she was so smart (laughs). But that was a good thing because they really understood the difference between the characters and themselves and fiction and reality, so it felt safe for them to do the even more scary scenes.