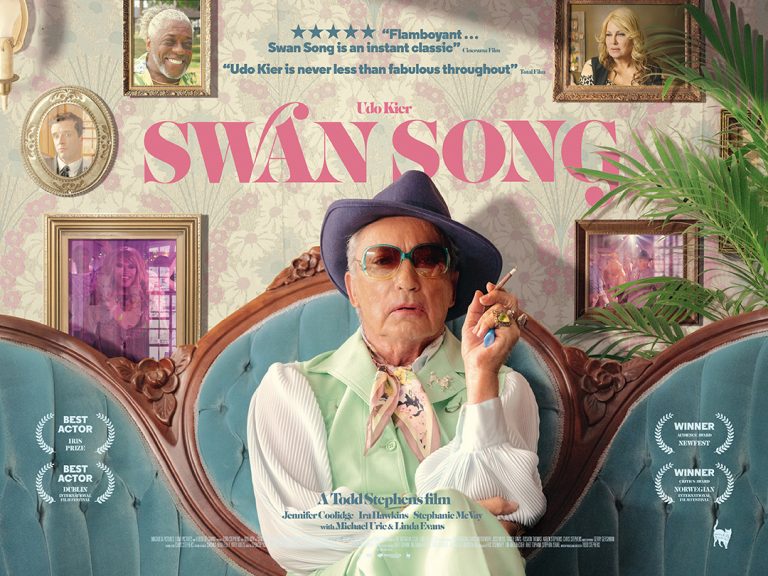 Escaping his retirement home, a retired hairdresser embarks on a personal odyssey across his small town to acquiesce his client’s dying wish …. for him to style her final hairdo.

Swan Song is a film brimming with charm and humanity. I loved the uniqueness of the story, that of an elderly hairdresser merely existing in a retirement home who mischievously escapes in order to acquiesce the dying wish of his client; to style her hair for one final time. This request will prove to be an awakening. The themes encompassed in simplicity of the story-telling for me demonstrates the epicness of the writing. Couple that with Udo Kier who had the ability to just be, makes this film a triumph. It was so lovely to chat with writer / director Todd Stephens about not only his tribute to slowly dissipating world, but also to a real person affectionately

I believe this story is about a real person, so I imagine this is a personal story for you?

Yeah I mean it’s my home town and when I was a little kid I would ride my bike downtown and see this very flamboyant man who was like a space alien, rock star, freakazoid. And I was just obsessed with him because he was completely different than anybody else. And I felt like I didn’t fit in and there was no shame, you know, in his presentation to the world. So that really had an effect on me, it really made me feel ok in some way. And years later when I got up the courage to go to our gay bar which really was called The Universal Fruit and 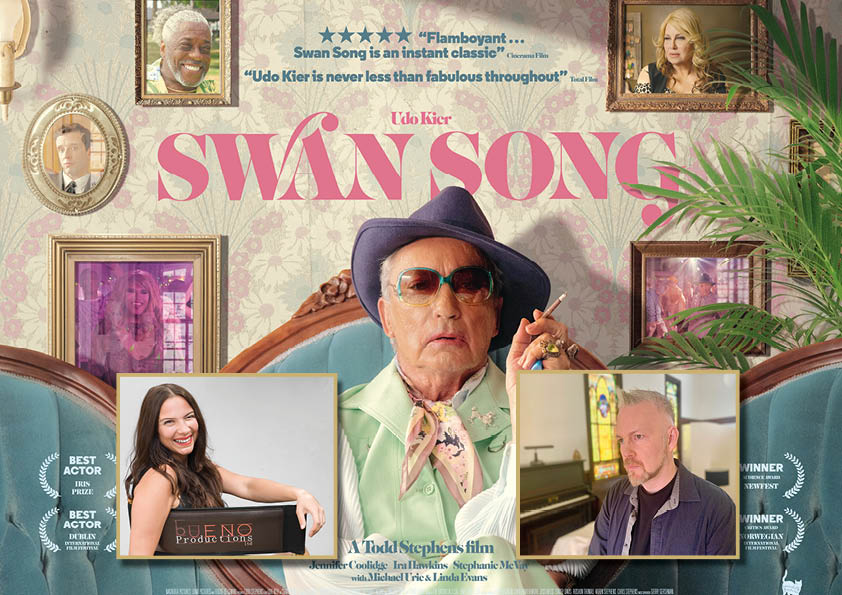 Nut Company like in the movie, I walked in and there’s somebody sparkling on the dancefloor and I looked and there was this man that I had seen as a little boy and it turned out to be Mr. Pat. So it started like a lifelong obsession for me with Pat.

What I really loved about the film, as we go on this journey with Pat, it’s like peeling back the layers of an onion we find out so much more about his life and his personality, the writing is so beautiful and nuanced, can you tell us more about your process of writing it?

I never really knew Pat very well because I moved away when I was 18. But I did a lot of research on him and talked to his family and friends, surviving friends and really got a lot of information from them. I also knew David his lover back in the day who told me a lot of Pat’s stories before he died. I hadn’t made a film in 12 years, so part of Swan Song I think for me is writing this character who had forgotten how to do what they loved and ‘gotten out of touch with the thing that made them most happy; to create. I think in a lot of ways writing Swan Song for me was me telling myself that I could still do it. That I could still live my best life and do what I love and so that actual story, in a lot of ways is me, but channelling through my muse of Pat.

And you know what I loved about the character of Pat, he was just brimming with humanity. Those small details about how he made someone feel special and making them feel remembered and said such a lot about the strength of his character doesn’t it? 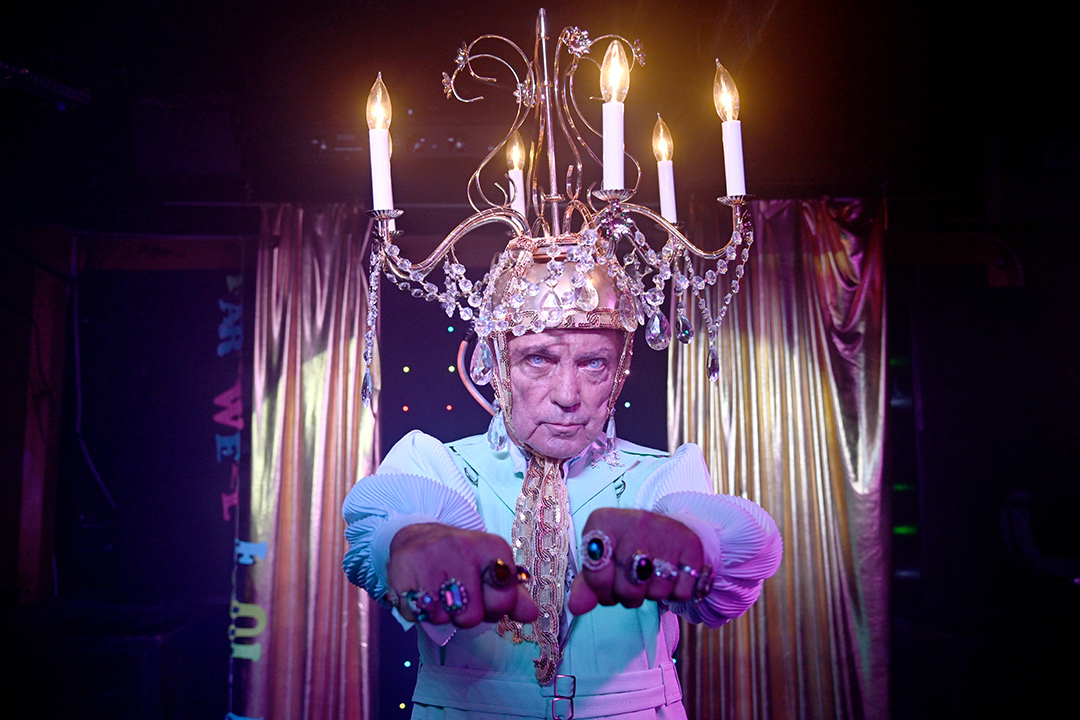 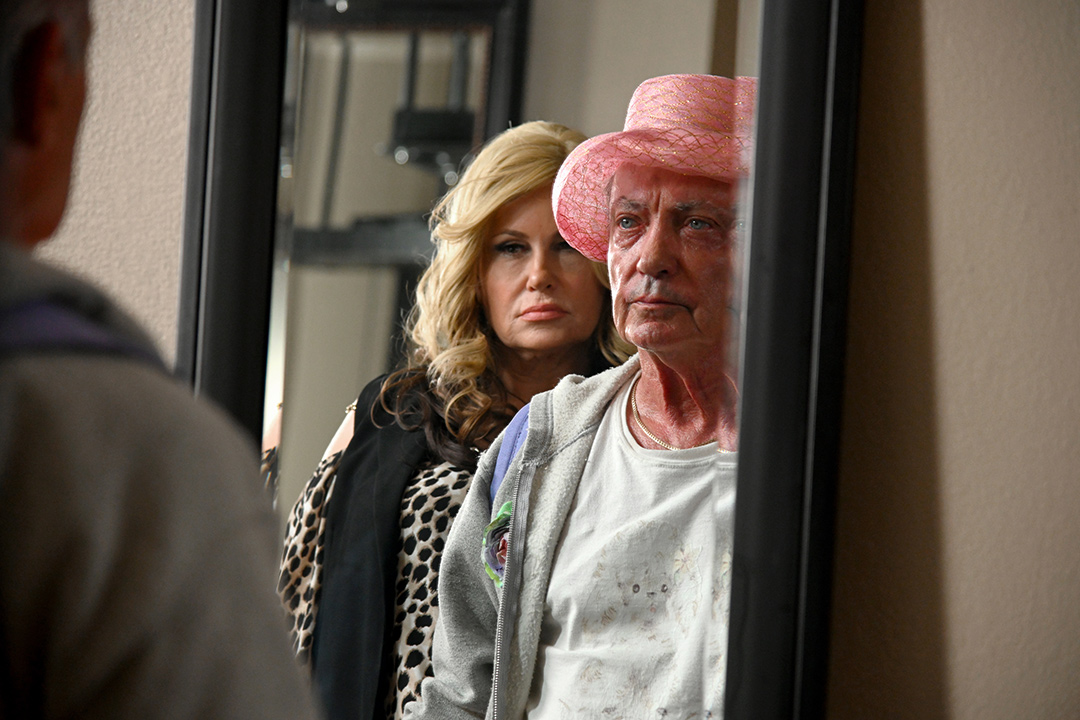 There’s also a social commentary and feel you are holding a mirror to the old world and new world within the gay community and paying your respects to that old way of life?

Yeah and also because that community saved my life personally, finding people that were also queer. Even in my home town, miraculously a queer safe space like that existed and it was vital to me. And now a lot of those places are going away, they’re becoming extinct in large part because I think people feel like they don’t need them as much as I did when I was that age, because I couldn’t hold my boyfriend’s hand at McDonald’s or on the street, I mean we’d get killed. So The Fruit and Nut was the only place we could be ourselves. And in going there we formed as you said a community, a family. And it’s amazing to me that places like The Fruit and Nut aren’t needed as much anymore because people can, not everywhere, but people in a lot of places can be themselves on the street and in public. But the bitter sweet part of it is that there’s a world that is dissolving, or melting, or disappearing. And there’s nothing like dancing with your friends, that sense of joy and community of being together, to me can’t really be replaced like in texting and FaceTiming and stuff like that. To me it was a love letter to that time and to the queens that built that world and forged and blazed the trail for all of us today.

Udo is phenomenal in the film, you must be thrilled with his performance, again filled with nuance and his dry sense of humour and his delivery?

Oh my God yeah. I can’t imagine anybody else. It was a really hard role to cast, it took years for us to find the right person (laughs). Udo was just perfect, it was important for me to have queer actors play queer parts in this particular movie, and somebody that knew what it was like to lose people to AIDS, and to be part of the club world, and then to get older. And Udo always said, “I don’t want to act, I just want be in the moment.” It’s such a naturalistic performance, every day on set I just felt I was watching a masterclass. And he and I became really good friends through it which is so amazing, you know the phone will ring and I’ll look and it and it’s Udo calling (laughing). It’s amazing.

You had Linda Evans in your film, how did you wangle that one?

I know! I was so honoured that she came out of retirement basically, she hadn’t done a film in 25 years. It’s a small part, but it really touched her, the themes of the story had really touched her and really spoke to her. And it’s gutsy what she did in a short amount of time, she is just amazing in the film and such a wonderful person, the sweetest, kindest person. It was a gift to work with Linda.

“To me it was a love letter to that time and to the queens that built that world and blazed the trail for all of us today.” 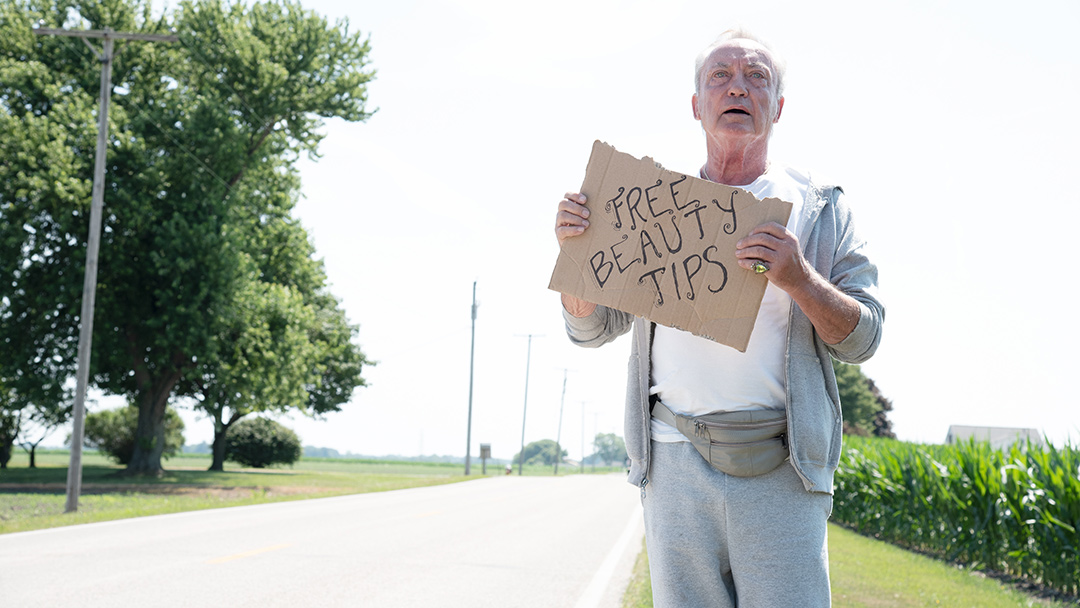 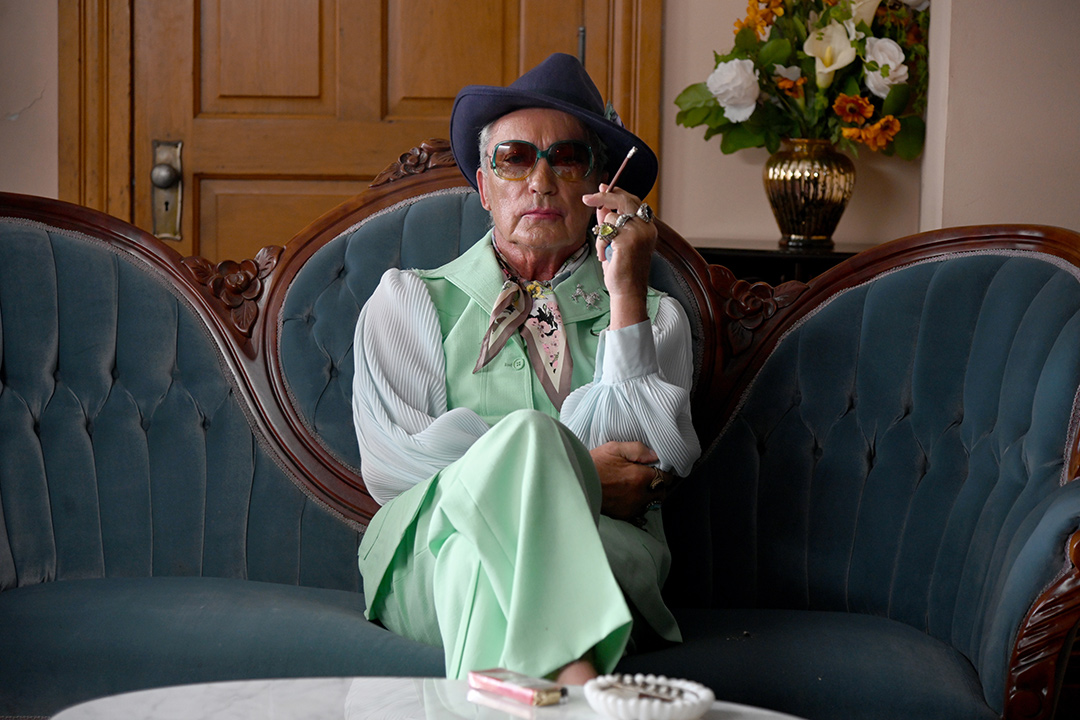 Pat is a flamboyant character, can you talk to me about working with your costumer because the costume is phenomenal.

Yeah, yeah I worked with two costume designers, Shawna-Nova Foley who’s from the Cleveland area, locally and also Kitty Boots who is somebody I have worked with for years in other films, and it was all about finding that damn green suit. Kitty sketched it to have it built, but we literally didn’t have the budget, so we had to source it vintage and they looked at every thrift store all over the place and couldn’t find it. Finally they found it, I think it came from England actually, that they found it on EBay or Etsy or something like that. It’s a woman’s suit, so the buttons are on the wrong side, it didn’t fit Udo when we tried it on because he didn’t give us quite the right measurements (laughs). It had big bell bottoms on the bottom and they were able to take some of the material off of that and make it a little bigger, so that it fit. And the danger of doing that is, God forbid if something happens to it, you only have one, you don’t have a backup. So yeah, it’s gradually like he is becoming himself again, starts off almost like a chameleon, just blending into the wall and gradually picks up a piece, somebody gives him a hat and then he trades it in for the suit. It was tough, I told Udo when he put the suit on, I was like, “Darling, you’re wearing the clothes, it’s not like the clothes are wearing you.” And it would have been easy for that to happen ‘cause the suit is so ridiculous in a way, but it feels so right and so natural. Udo had the charisma to pull that off.

What will you have taken away with you from making the film?

I took away that I can actually still do this (laughs). And I think that it’s maybe one of the strongest things I have done and it’s made me really confident to do more stuff, so that’s probably the biggest thing and just such a gratitude that people seem so touched by it, and feeling that I really paid homage to my elders and so overall it makes me want to do it again.