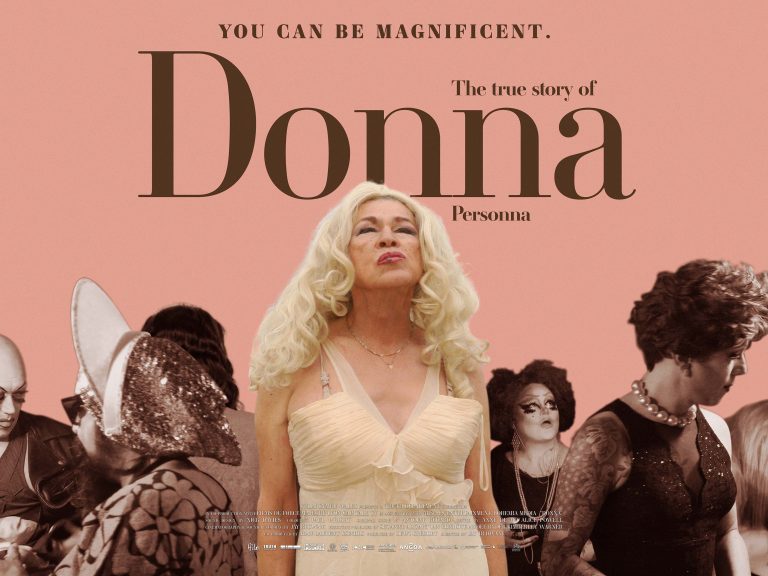 An intimate and inspiring documentary about trans activist, artist, performer and overall mother figure to the transgender community, Donna Personna.

‘When we are free we can be magnificent.’ Says Donna Personna. Now in her 70s Donna has experiences enough in life to truly own these words. There has been much sacrifice in Donna’s life, but the documentary is very much about the here and now and her continual striving and self-growth.

‘Donna is someone you root for,’ director Jay Bedwani says when I interviewed him and I couldn’t agree more. It was my pleasure to find out more about how this documentary came to fruition and to talk about the truly inspirational figure who recognises that in order to find acceptance from others it has to start with accepting oneself.

You can clearly see from the intimacy from the documentary that you must have known each other for a long time, if so how does proposing a documentary about Donna come into the conversation?

Well Donna actually does love the camera, she always has (laughs). I don’t know if you get that from the film, but she really does. So actually it was more about how I tame that side of things. When I started filming and introduced the idea of filming the narrative with the play and with her family, which is so personal and difficult, she had a few questions, but she was kind of up for it 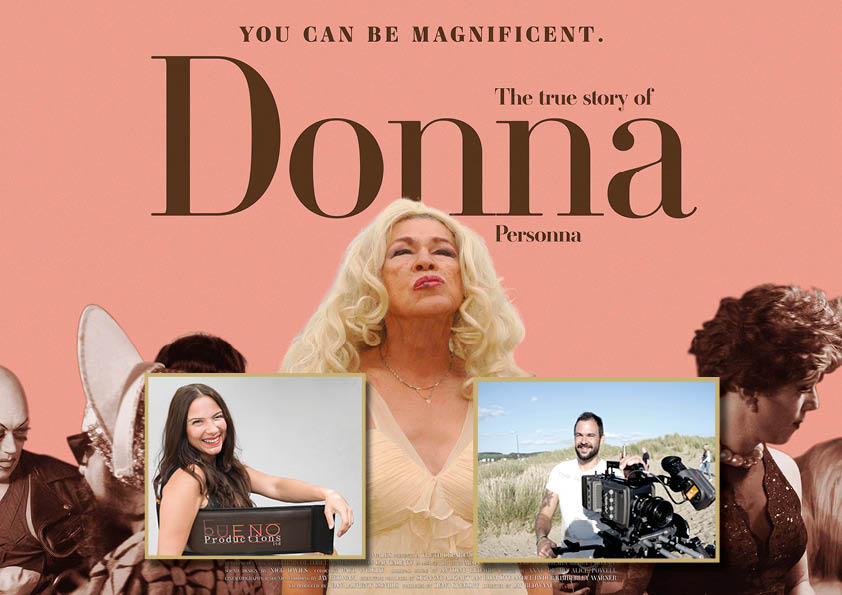 straight away. It was more about filming enough content which I didn’t use to get her comfortable with the camera and with me and to not be too performative, and it took a few months and I remember a moment when I was like, ‘OK she’s over me.’ And that also means that it makes it a bit more intimate, so I couldn’t really bring in other people to help even with sound, I tried it, and she’s a flirt as well, so it had to be just me and her really.

Yeah and that intimacy felt like it was just you two in a room and if you introduce other people it changes the dynamic completely doesn’t it?

Yeah. And I think for dancing scenes or performance scenes, it’s fine, it’s great to have some help, but I really would always choose the intimacy over maybe a few technical shakes. And I prefer making those kind of films and I prefer actually just being with one person, it’s a really lovely experience.

I understand that because I make documentaries with my brother and it is just the three of us and it creates a relationship and informality doesn’t it?

Do you?! Yeah it’s a really special experience isn’t it?

100%. And what I love about the story is that you choose a time to focus on when she is co-writing this play Compton’s Cafeteria Riot and there’s a lot of positive things happening in Donna’s life. But I loved how you interspersed her history to give us all context, and I wondered if you structured the documentary in the first place to incorporate that?

Yeah I worked with a great editor Alice Powell, and we tried a few different techniques to bring in her backstory; and actually the writing (the play) was a bit of a gift. It meant we could explore things, but I really also wanted the film to be in the present, because it’s about who she is now. There’s always a danger, especially with transgender representation of harking back to who they were. And while I think it is important for the context and it’s interesting, it’s about who she’s become, I think it’s more interesting to stay in the present. And I think it meant we could do that and bring in the history, but focus on the now, writing the play. 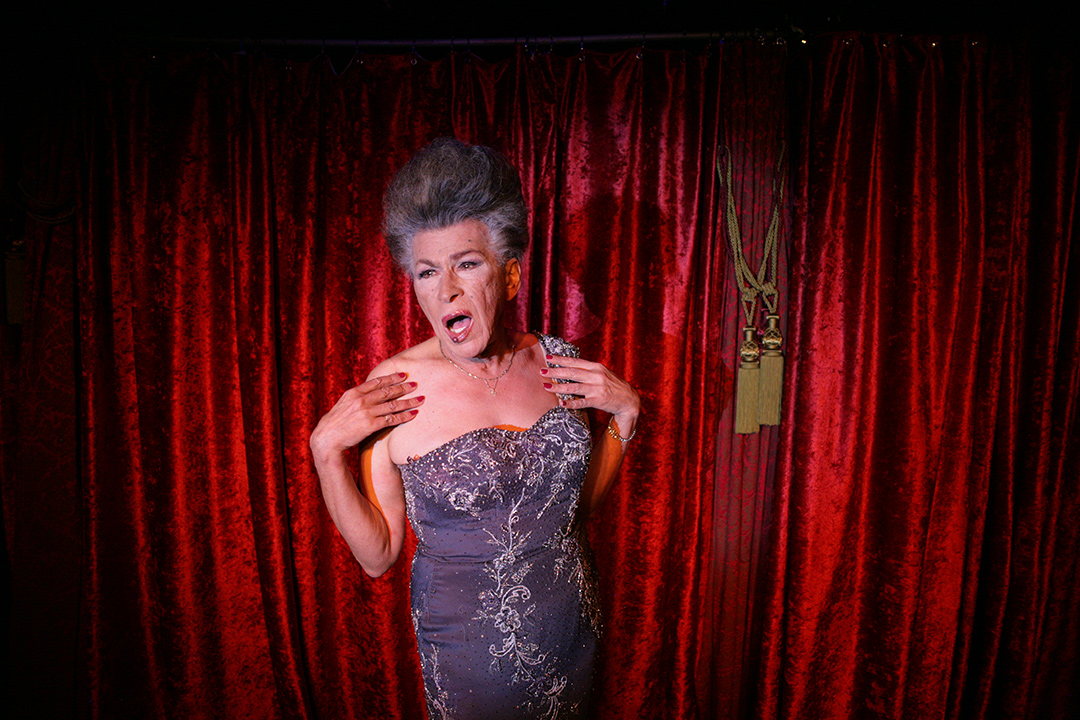 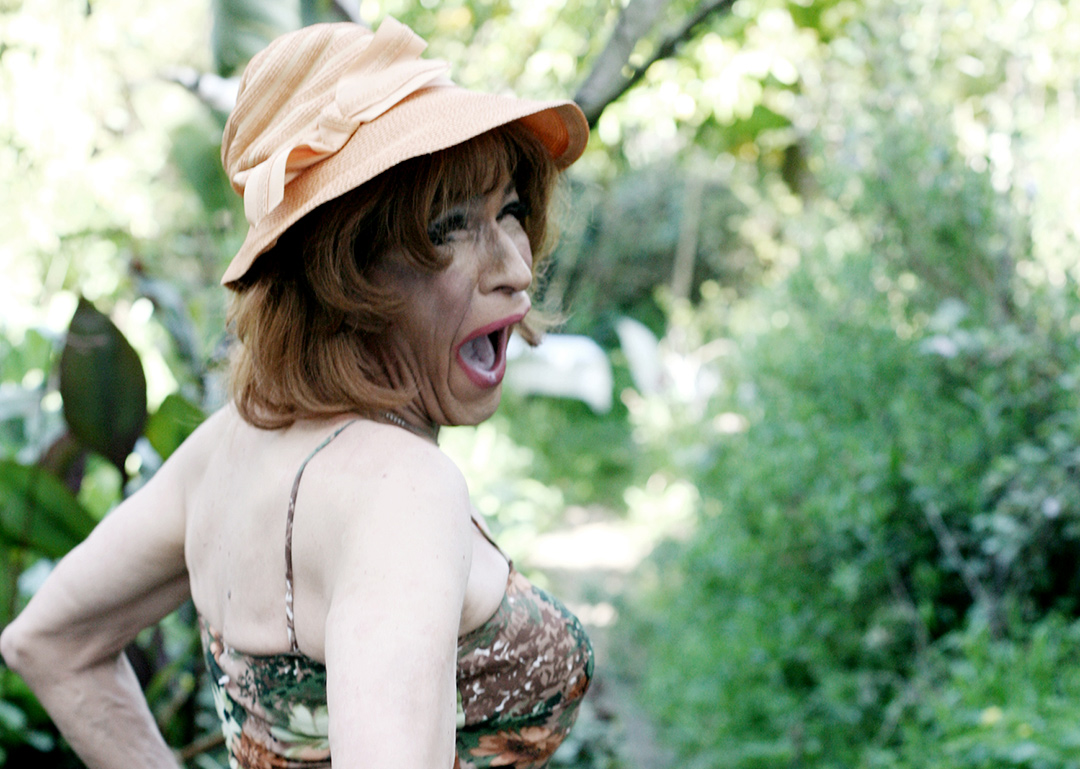 Absolutely. What I also took from the doc, is that there is this great sense of loss, losing the connection with her family, particularly Donna’s parents. She clearly had a huge amount of respect for her parents and in the present day we see that Donna is almost a parental figure to the other girls in the transgender community. Was that something that came about organically?

She’s actually always been very maternal, ever since I’ve know her, but I think as she has grown into herself and claimed her transgender identity in the last few years, it’s pushed that even more. So she’s quite maternal to me sometimes and she really does care about the youth and I think you’re right, probably because she knows what it was like. And she got a lot of love from her parents, she talks about them so fondly, but I’m sure there’s something about her not being able to reveal herself fully to them that is a bit of a regret.

There is a sense of loss isn’t there with the disconnection of her family?

Yeah which I think Donna is always thinking, ‘how can I make my life better?’ And she figured out that she wants her family. She has a great relationship now with her nephews and nieces particularly, and I think the connection she’s shares with Gloria (her sister) has really helped. So she has a family that really respects her and they all call her auntie now, they like all her pictures on Instagram and it’s really buoyed her and pushed her. It’s what she set out to do when I started filming, just to have more of a connection with the family, so she’s done it really.

And you mentioned your editor earlier. Because you are so connected to the source material and following Donna, having an editor who is a third party, does that objectivity help because you are so immersed in it?

Completely, you get it right? (Laughs). Some scenes I’m like, ‘Alice look at this!’ And she says, ‘I don’t think it says what you think it does.’ I’m so clouded. And also you’re connected to shots and you always try to sneak in a few, and Alice would always give me the odd one. She’s like, ‘I know you love that, for a few seconds, we’ll put it in.’ But it was great to have someone who’s objective and female and just comes from a different point of view, it was invaluable really. It was really fun, I loved editing with Alice because we’d go through all of the material, we’d have a laugh sometimes, but she really got it and she could see who Donna was. We were always going for the emotion, sometimes even over the narrative. Alice was brilliant and it was a good process.

“'I think Donna is always thinking, ‘how can I make my life better?'” 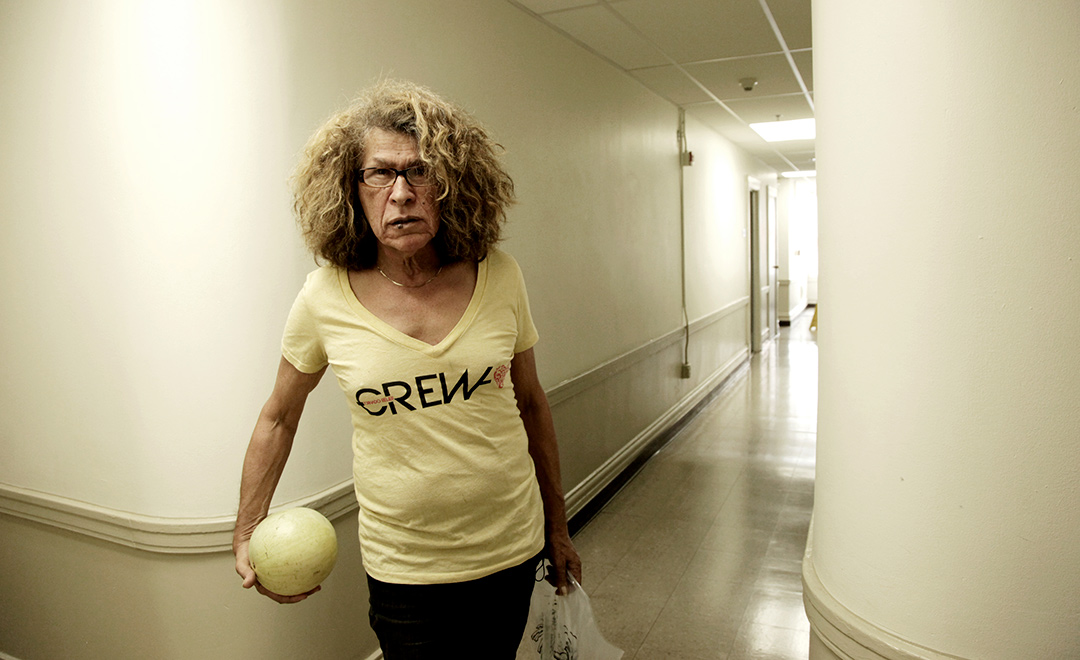 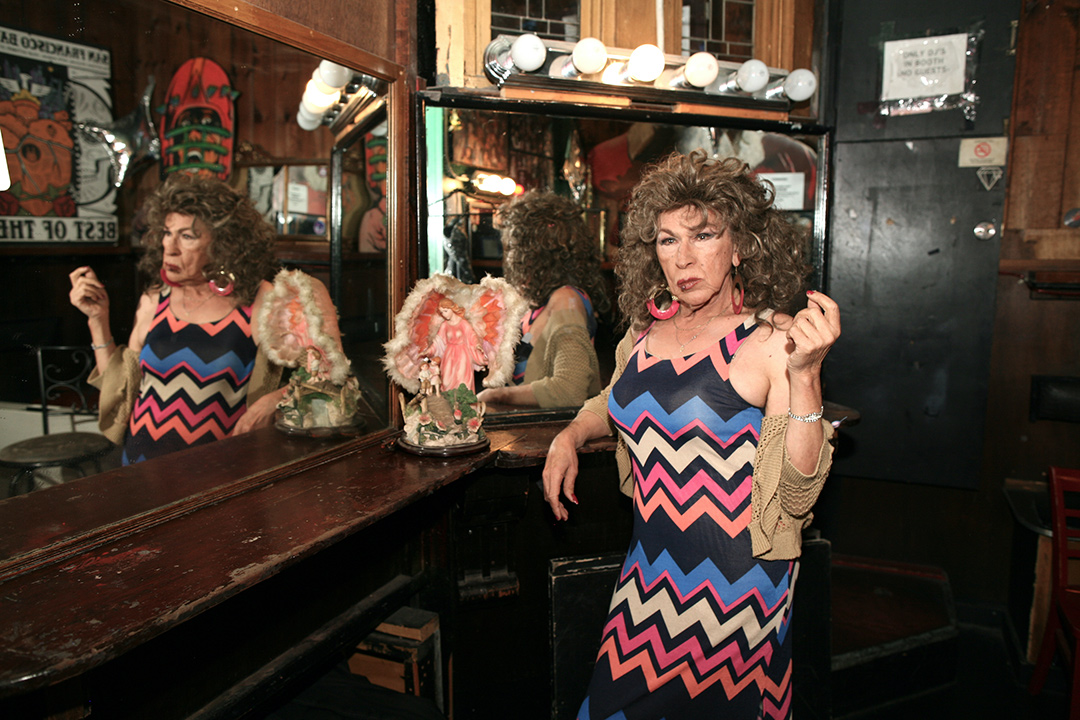 And the documentary also feels like a love letter to San Francisco?

Yeah, I love San Francisco. We just had a screening in San Francisco in The Castro Theatre, it was incredible and everyone afterwards was like, “San Francisco, I love it again.” I guess that really comes through. I came out in San Francisco, early 20s, totally embraced by the community there. And I guess I discovered my authentic self, there, you can’t really not, you can’t be in the closet that’s for sure. Well you can, but it’s difficult (laughs).

And look at all the fun you’d be missing out on (laughs).

And no one cares, it’s great. So I have always had this connection, I always go back and I lived there for a while and I love it. It has its flaws, but there’s something that draws me back every time and I’m really glad that comes through. I loved shooting around San Francisco.

Yeah of course. And I think everything can help. The obstacles seem really big at the moment so having anything out there that can help represent someone who you think is great and I feel it is really hard to watch Donna and politicize it almost, she’s just so wonderful. So I hope having a story out there does something, but it’s a really difficult time and I think we need more of these stories.