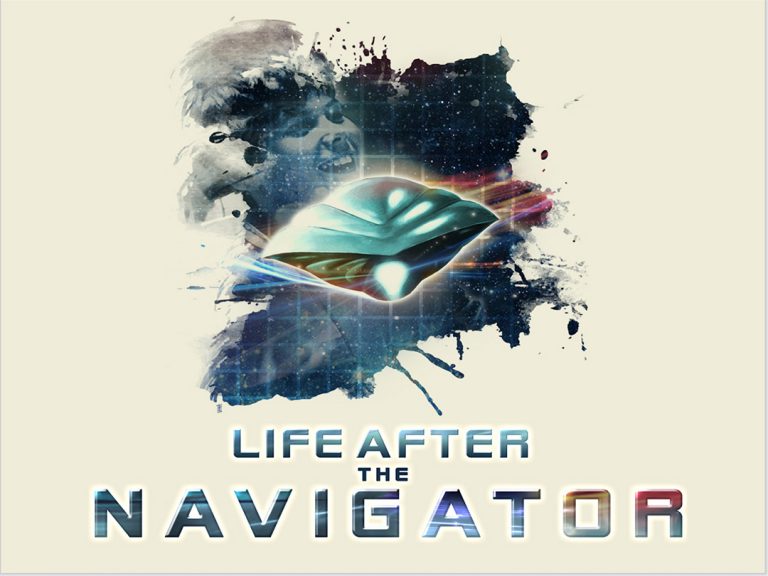 From the makers of Life After Flash, Life After The Navigator is a compelling documentary not only into the making of 80’s classic Flight of the Navigator but takes us on an intimate journey into the life and personal struggles of leading man Joey Cramer.

Without a doubt audiences can’t get enough documentaries, but over the past decade the appetite for a sub-genre of retrospective ‘making of’ classic films has certainly hit a nostalgic beat to transport us back to the halcyon days of feel good 80s movies. One such documentary filmmaker is Lisa Downs. Her directorial debut Life After Flash has been followed up with Life After The Navigator a feature length film following the tortuous struggles of child star Joey Cramer whilst enveloping his story with a well-rounded making of Flight of the Navigator. As the producer of CLEANIN’ UP THE TOWN: Remembering Ghostbusters, I know only too well the challenges presented to  us when attempting to make a film of this nature, so it was a pleasure for me to sit with Lisa and compare a few war stories! 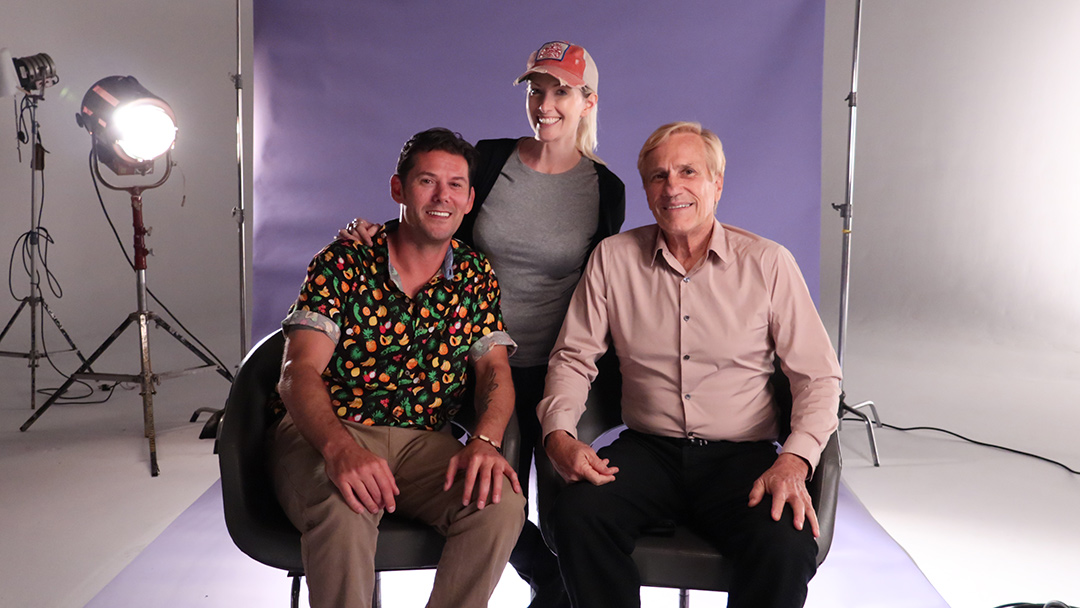 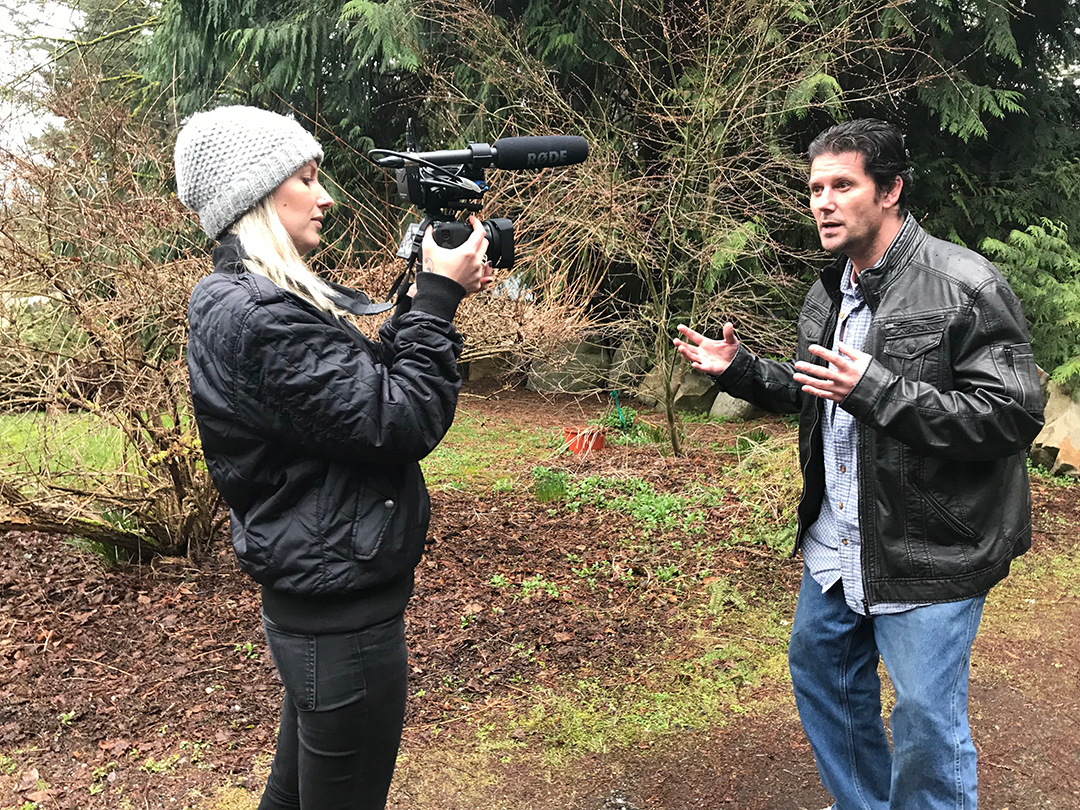 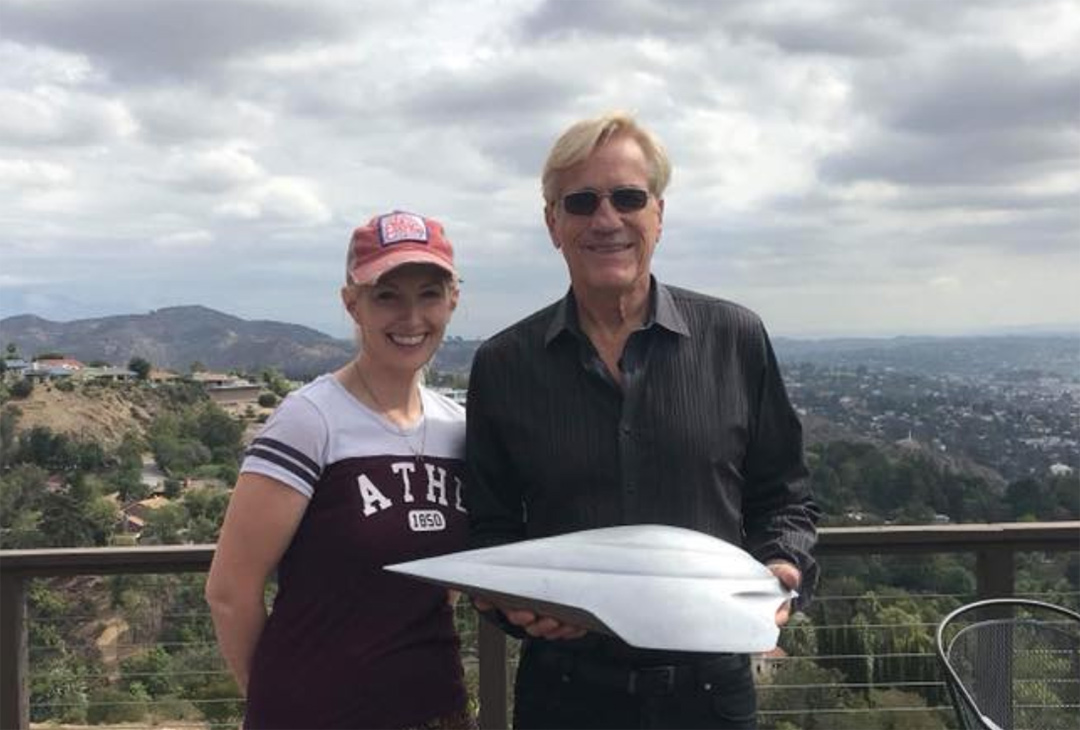 Life After The Navigator is a really complex story I wondered how you knew this story existed?

Wikipedia; is the short answer (laughs). I have a lot of emails and messages from those who have seen the film who have found out about the documentary because they have just watched Flight of the Navigator and had the same reaction that I did; ‘I love this film, I wonder what happened to this kid actor.’ I missed all the headlines back in 2016. So when I was thinking about doing another ‘Life After’ film, I Googled Flight of the Navigator, Googled Joey Cramer, and then just saw his list of run-ins with the law and I just thought, I don’t know how that happened, I had no idea, and at the time that I found out about it, he was still in jail from what I could understand from Wikipedia. It said he had a sentence of two years, so I could only assume he was doing the full sentence. Then I tracked him down in the correctional centre and we became pen pals. It’s this strange moment where you grow up with a kid and this film that you love and then you read the headlines, and they’re quite strong headlines and it’s quite shocking. The wonders of the internet!

We see in the documentary that Joey is a very vulnerable, damaged person. You said you became pen pals, how do you then approach him and say, “Look I am a documentary filmmaker and I want to tell your story? And how then do you earn his trust for him to then hand it over to you to respectfully tell his story?

I was very lucky that he trusted us. When I first reached out to him all you can do is send a message to the correctional centre, cos I didn’t know which one he was in, but I knew from his sentence he was correctional not federal, so I just sent a message to the BC (British Columbia) correctional centre headquarters and said, “Look this is his name and his birth date, I’d love to get in contact about doing a documentary; I don’t know how to reach him, but these are my details, this is my phone number, this is my email.” I got a call from his adorable mother Caroline who you see in the film, just to say, “He got your message, he would love to chat further, he had trouble with the phone, from the jail, so this is the address you can write him a letter.” So I wrote a letter. I’m a big fan of hand-written letters, just to say I would love to give you a platform to tell your story, how it actually happened, maybe inspire people with your recovery journey. He wrote back straight away. Just that letter writing experience helped build the trust initially because we would talk about our lives, and talk about what we could do with the documentary, talk about his music, talk about what is possible when he got out. And then when I went to see him in person, which we did that first interview with his NASA jacket, he was out probably about five months and before that we had sent him a camera as well. So I would Skype him and just build this trust that way, but I think we had such an instant connection through the letter writing, that when we first met it was meeting an old friend that I had known for 20 years. I would start off slow, talking about Flight of the Navigator and then as we got to know each other over a period of a year or two then I would start to get into the more hard hitting stuff. But he was just an open book, in that first interview we did was the one where he let it all out and I think it was kind of cathartic that.

“Seeing how this film has helped Joe and be able to tell his story is beyond words.
I am so grateful that he let me tell it.”

Enveloped is the story of the making of, so can you tell us a little bit more about that and how you got in touch with the director and all the other cast and crew that participated?

I have to give a big hats off to Randal Kleiser who directed Flight of the Navigator. I got his email through Joey, cos when he had heard about Joey’s arrest he had reached out, so they had reconnected as a result from that, so when I was talking to Joe, he said just email Randal, he’d love to hear from you. At the time I was about to do the LA (Los Angeles) screening for backers for Life After Flash, so I emailed Randal and said, “Look this is what I’m thinking, Joe’s up for it, obviously it’s your film, I would love to have your blessing, I’m doing this screening in LA if you wanna come along, then come along.” And he came! I was so surprised that he came, and he watched it and I had a really brief chat with him afterwards, and said: “Look I would love to do a similar film, but with Flight of the Navigator, I love it and I would love to celebrate it and tell Joe’s story.” And he said: “I think it is a great idea.”

What you see from the film, that there is a real affection between the cast and crew from all of those years gone by?

Exactly, you know it was a thing at the beginning where there’s a stigma with child actors where, something happened on set and they’re not looked after, or they’re taken advantage of. What was really apparent and what was really nice to find out as a fan of the film that Joe’s struggles in life wasn’t a product of being mistreated on the set of Flight of the Navigator, it was how he was received by his friends at school afterwards of being an actor. So to find out that the actual experience on Flight of the Navigator was nothing but amazing made it really wonderful when everyone got together again. It was so surreal to be there to see the Freeman family and the way they talk about not only how much they enjoyed being in the film, but also how much they were concerned for Joe when they found out what had happened. Everyone was there because they wanted to be there, they wanted to support Randal, they wanted to celebrate the film and they wanted to support Joe and see him again. So I think that really shows that it’s quite rare in film that you still have people that close, or want to see each other again after so many years. 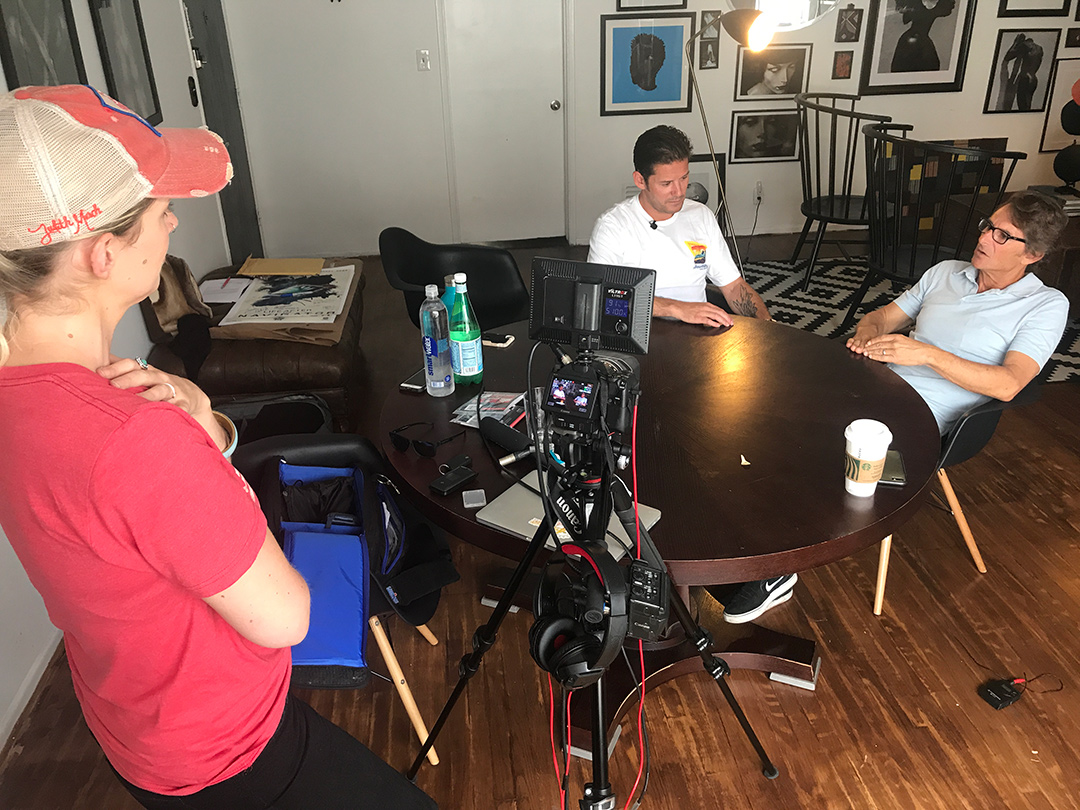 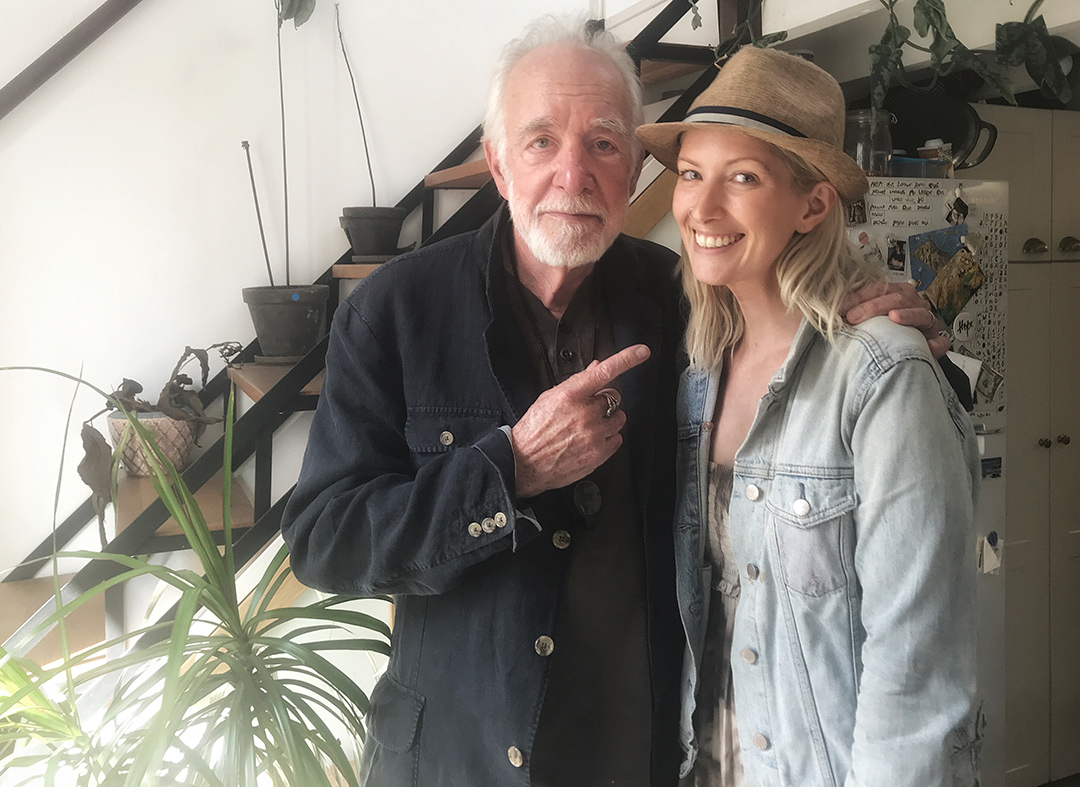 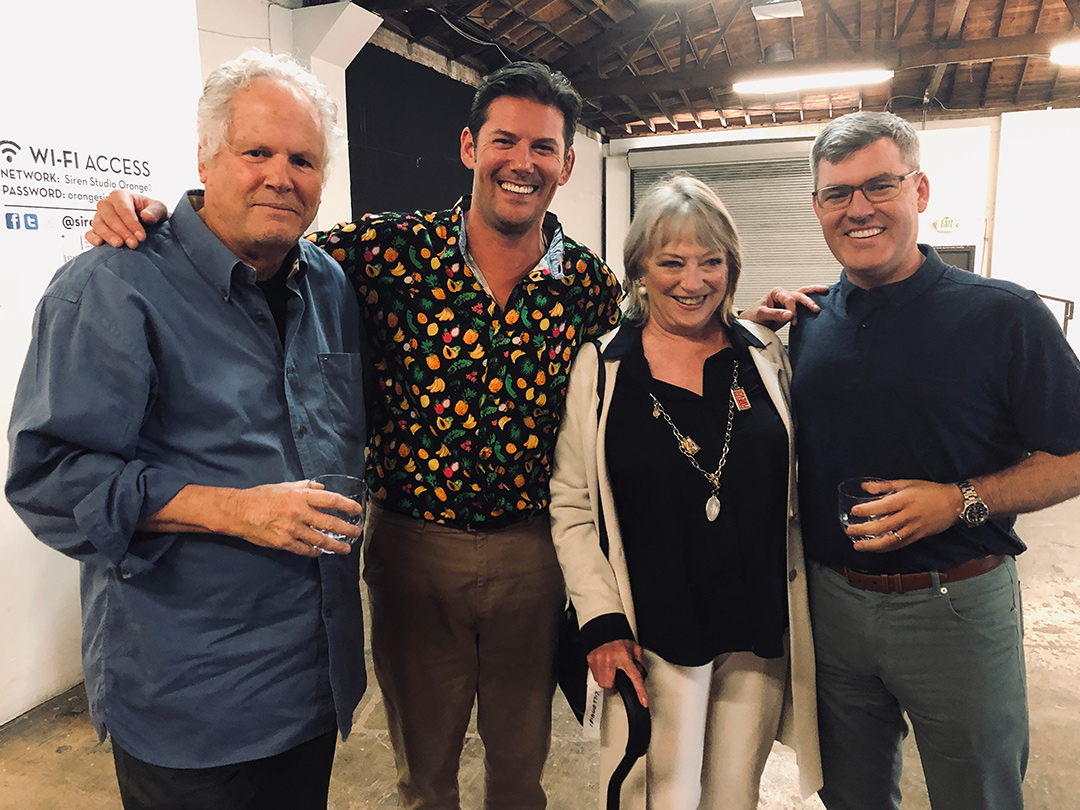 Life After The Navigator - Official Trailer