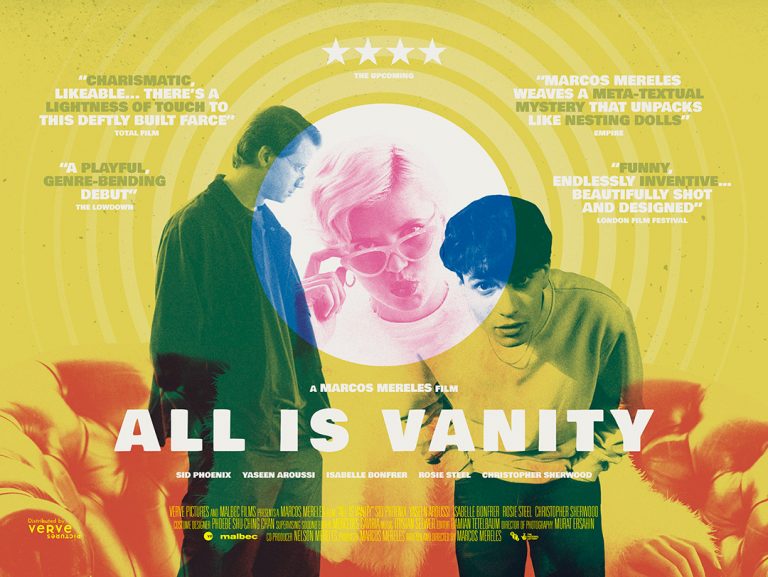 A fashion shoot goes horribly wrong with the disappearance of one of their key crew. But what mystery unfolds in this surreal, satirical, experimental movie?

Intelligent, considered, and someone who pays close attention to the application to his craft is how I would describe Sid Phoenix. Appearing in films such as Stephen Frears’ Florence Foster Jenkins starring Meryl Streep, he is accustomed to working on movies with a sizable budget. But it was for indie movie All Is Vanity that I was fortunate enough to interview him to find out more about the unique storyline that dared to be experimental and had him turning each page with intrigue.

Watching the film it feels very experimental and I wondered whether that was part of the attraction when you first read the script?

Absolutely, 100%. I think the more time you spend in film, and the more time you spend watching film, and making film, the harder it becomes to surprise you. That isn’t necessarily a criticism, I love movies that are very predictable but tell their stories very well, as much as ones that are unpredictable. But it is absolutely exciting when you’re sent a script and about 10 - 15 pages in you start to realise that you have absolutely no idea what’s going to happen next, and that’s very much why I was attracted to it in the first place. 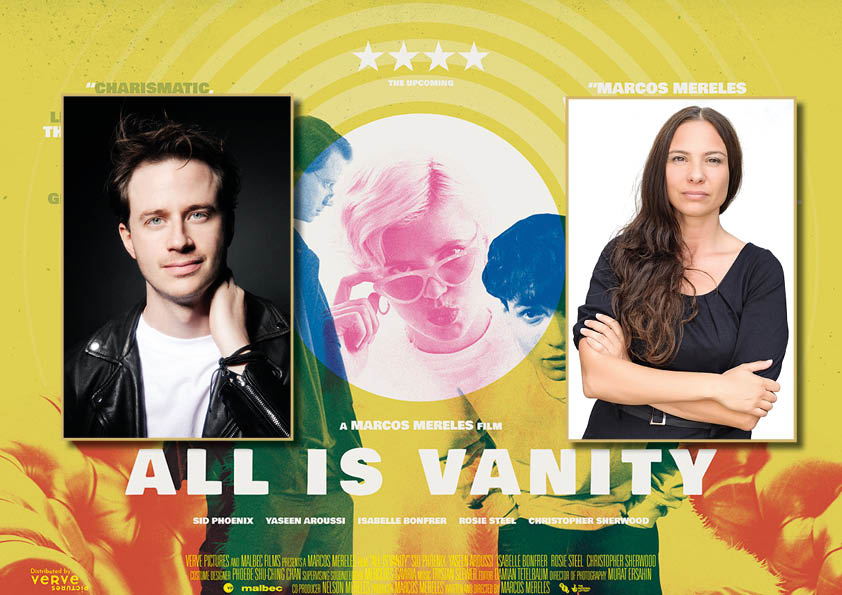 It does feel like it would be thrilling and I don’t know whether the director Marcos (Mereles) has done this intentionally, but it feels like he’s created a space for you as actors to be a bit more playful as well?

Yes it was. Marcos was very open to improvisation on set. [And] I don’t mean by that [that] most of the film was improvised. Actually despite us doing a lot of improvisation, what winds up in the film I’d say, 90-95% was in the script. But I think that while the film is experimental, each individual scene is actually played very naturalistically. And I think a big part of that comes from the fact that we were all so comfortable on set with each other, and that is absolutely down to the atmosphere that Marcos created.

And your character ‘The Photographer’; it’s very tricky to ask you about him, but I suppose when we first see him, he’s pretty obnoxious; can I say that? (Laughs).

Please do, that means you’re getting from it what I was putting into it. Yeah I think, certainly for the opening of the film you really want to get a sense of anyone who’s been on a low-budget fashion shoot, you want them to go, ‘yep I’ve worked with someone just like that.’ And with The Photographer, I don’t think it comes as much surprise that photographers can be very difficult to work with, and so I wanted to have elements of that in my creation of the character. So it’s good to hear that you found him obnoxious (laughs) that means it worked.

(Laughs) I didn’t want to insult you.

No, no not at all. If people in the fashion industry are looking at him and going, ‘ah I’ve worked with that guy.’ Then I’ve done something right (laughs). 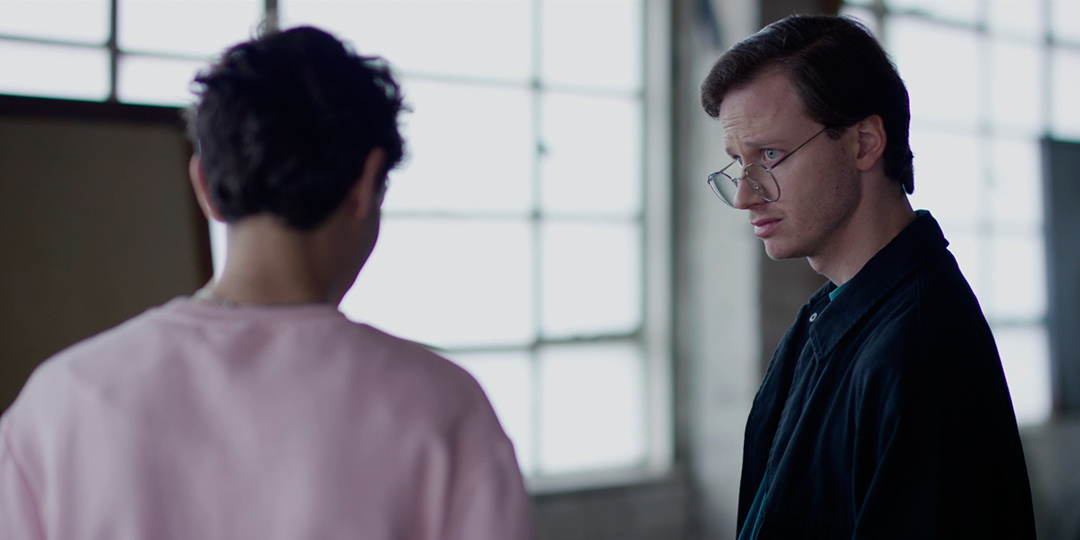 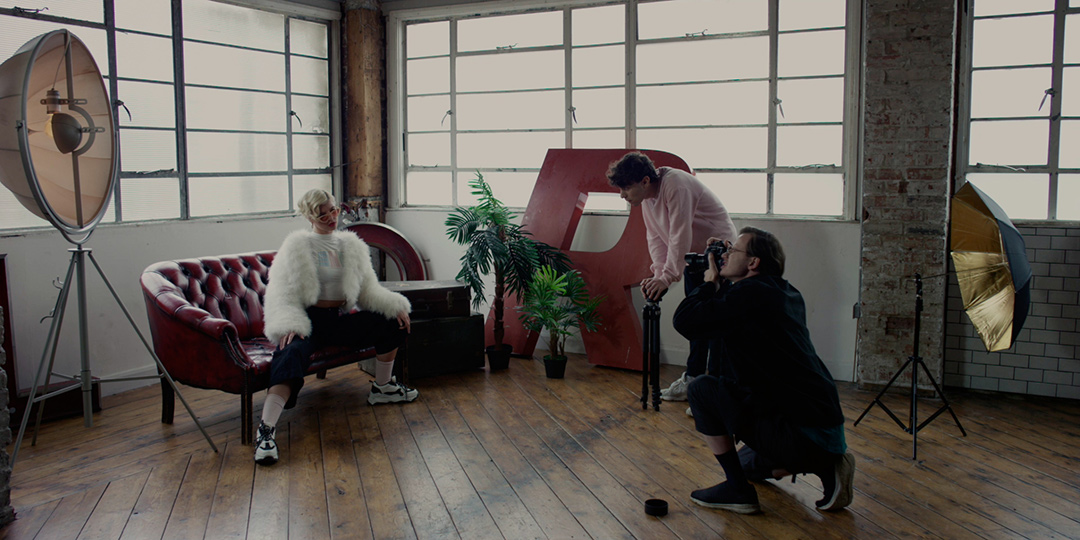 And I suppose the broader picture of the film as well is that it feels quite satirical? Not necessarily poking fun at the industry, but the film laughs at itself as well?

And another character in the film is the location that you’re working in. For an actor the space you work in is so important, so how did working in that warehouse inform your character?

It was a gift. I think when you are working at this budget level, every detail has to enhance the story in some way. Not only was the location perfect for what Marcos was trying to do, but it was also filled with so many objects that were inherently interesting; and being able to improvise and be playful [with] a lot of the objects. We were just picking things off and playing with them because they’re in the location. And because of that it really did feel like a playground a lot of the time, in the best possible way.

Your character is the lead character, yet it feels very much like an ensemble?

Yeah I think it’s interesting to hear that my character was the lead, not because I necessarily disagree with you, but it is an ensemble piece. I think inherent in the way the shoot is structured the photographer will hold something of a leadership role, and that we naturally gravitate towards that. But it was very much an ensemble piece. I think the best way to talk about it is the idea of it being something of a team sport, and yet the position that I occupy as you get from my accent, I watch a lot of American football (laughs). So I hope the term quarter back applies, I may have been the quarter back, but Marcos was the coach, and any success we achieve is because of all of us balancing and supporting each other.

“Marcos set out to create a film that had not been seen before and I think he succeeded.” 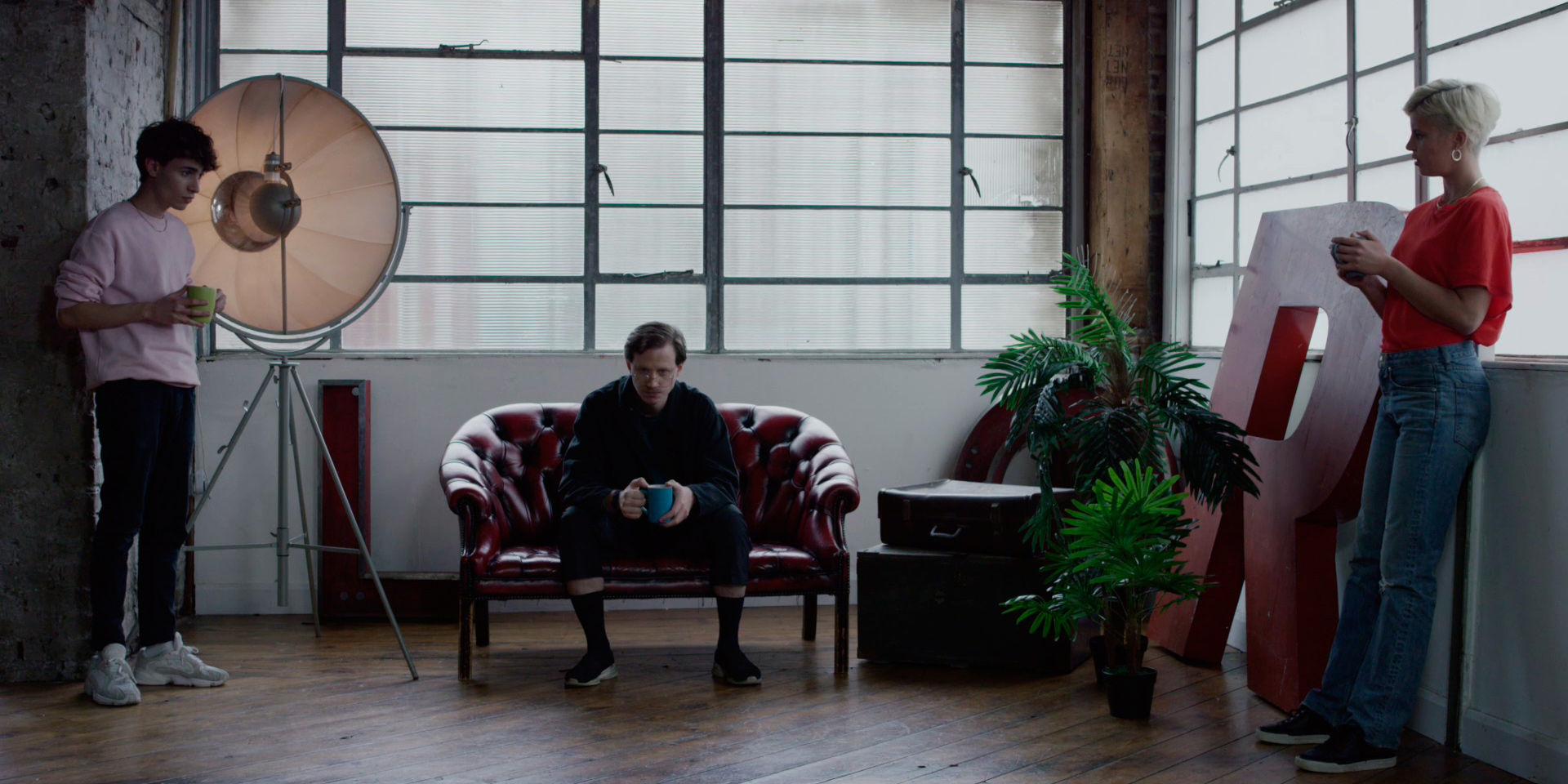 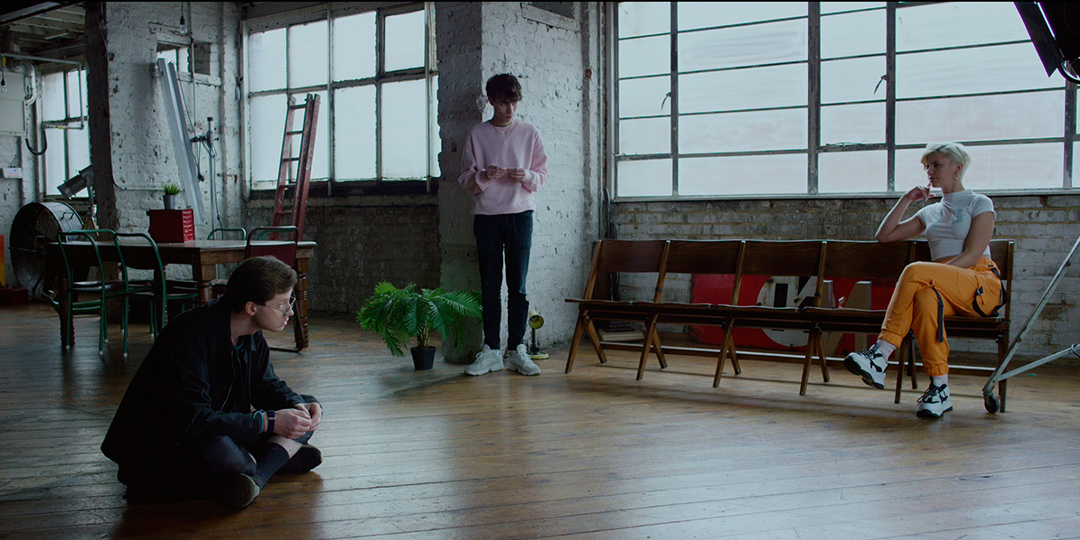 The role of a photographer is a technical job, you need to know about lighting it’s not just about composition of your subject. So did you go on your own journey into photography learning about the behaviour of a photographer in a non-demanding way (laughs).

The craft of it, rather than the personality of it (laughs).

I did. I’ve always, had an affection for photography, my sister is an avid photographer and so is my father. And so I’ve always been adjacent to it without necessarily engaging with it myself. But I don’t think you can really work in film and not start to gain an appreciation for the visual. So yeah I spent a lot of time on set talking to the DP (director of photography), talking to the various photographers that we had there, just having a play with cameras [and] seeing what I can do. I don’t think I created anything worth shouting home about (laughs).

They didn’t get you to do unit stills while you were at it?! (Laughs)

Funnily enough not (laughs). But yeah it was fascinating. I think with any project the joy of doing what I do for a living, you pick up interests and skills along the way that you wouldn’t otherwise; and this one gave me a much deeper appreciation of photography.

The other thing I quite admired about the film is the timing and pacing, it seems like the film has time to breathe. So I wondered how that translated to you on-set, because it feels like Marcos is really enjoying the performances, and wanting to give you all time to act and react. It almost felt he just let the camera run and for you all to create your magic. Am I on the right track there?

That’s very close to what it was like. As with most productions on a tighter budget, things are tight in terms of the daily running of the schedule. But Marcos and the whole team actually [were] exceptional in making sure that we always had the time, so we didn’t feel rushed. And that’s a very particular skill and one that I am grateful for. I think it’s lovely to hear you describe that experience of watching the film because it means that we succeeded.

And what have you taken from being a part of the film and what’s rewarding about working within indie film?

To me the most rewarding thing about working in indie film is the degree of creativity that exists within it, and that is not to anyway imply that there isn’t creativity at the higher budget level, some of my favourite films are huge blockbusters, so it is in no way a critique of that and that is a very valuable art form. But in indie film you can take more risks because there’s less vested interest. And sometimes a vested interest is a good thing and sometimes the risk taken by indie films don’t work, so it’s not a qualitative statement. But it’s exhilarating to try something new and a lot of the time the place where the ‘new’ is being done, is in indie film, and I think that’s really what I take from this experience. Marcos set out to create a film that had not been seen before and I think he succeeded, and I feel truly fortunate to be have been a part of that.

All Is Vanity - Official Trailer