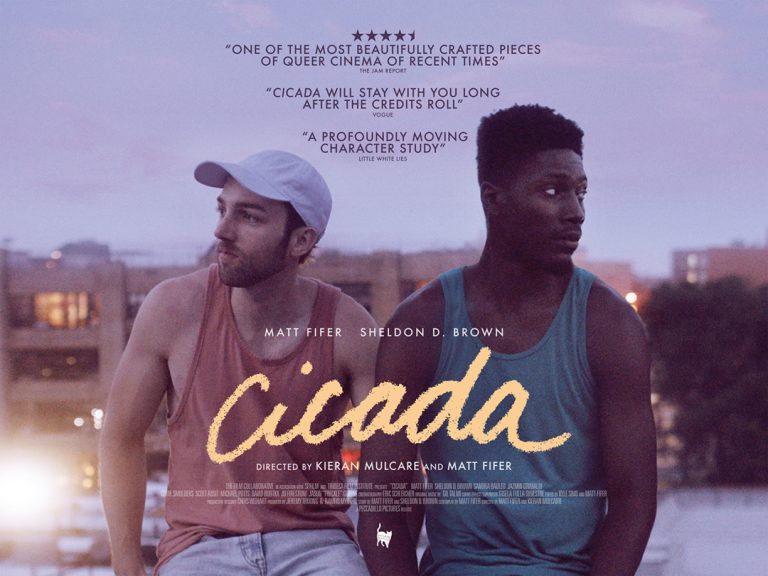 A contemporary love story demonstrating how two people through their emerging love for each other helps them come to terms with demons in their past.

It is such a huge undertaking to make a film and it takes commitment. But to write, co-direct, produce, co-edit and star in a film that confronts traumatic events from your own past, I wonder how many people could honestly be that brave? Mathew Fifer is one such person, so it was my pleasure to talk to him about the Herculean task in making his debut feature Cicada.

I have to say a huge congratulations on the film, you’ve been on what must feel like a Herculean journey making this film. I know from my own point of view that there are things that go on in your life that you don’t necessarily want to share with the world and it’s hard to confront. But for this to be your day in, day out and make a film about events in your life, I just commend your bravery and courage really. What made you want to do it?

Well Claire, thank you so much for saying that. I couldn’t get out of bed one winter, I was out to my family and 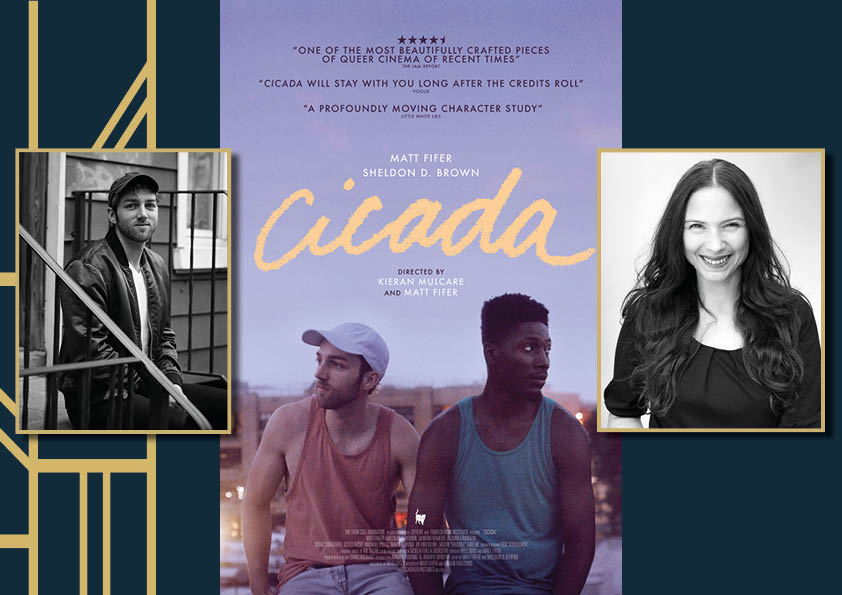 friends and I’d come out about this, what had happened to me as a child and I still felt like I didn’t know what had happened to me, and it is still… it was still eating me up in some way. And I am filmmaker, I’m a story teller and one day I started writing it down and about six weeks later this script had poured out of me and I said: “Well I guess we have to film it.” (Laughs).

I have to say it is very much a story of hope and it’s an optimistic story, but it’s authentic as well. There’s clearly an excellent relationship with your scene partner Sheldon D. Brown. Can you tell us a little bit more about your friendship and the relationship that you have?

Yeah, so Sheldon D. Brown, phenomenal actor and human being. We met in 2015 on a date similar to the one we go on in the film. So three years later when I am writing this script and I am thinking about actors, and I didn’t really want to play myself in the film, only because my co-director Kieran Mulcare did I make the plunge. I reached out to Sheldon and said: “Hey, if you’re in New York this summer I think you’d be great for this part.” And he lives in Chicago, which is about a 10 hour drive. Claire he texts me back, that he was in New York at that moment, and we grabbed a drink across the street from where we first met, at this little bar theatre called Syndicated, and didn’t talk about the script at all and two weeks later he said: “Yes.” And we were on our way to making this project. And two months to the day in April he texted me that he was in the hospital and he had been shot in a drive by shooting. And this script and the project fell apart overnight. Then we just held our breath waiting to see if he was going to be ok.

For me the film is very much about honesty; being honest with yourself as well as the people around you, was that something else you wanted to say with the film?

Yeah absolutely I didn’t tell anybody for 13 years that this had happened and so much of the trauma came in that silence. So once I had told one person, I could tell two people and at some point it didn’t matter if it was just my closest friend or if it was the whole world because it was already out. So, yeah I encourage anybody who has a secret, who has something eating them up inside, even if you tell it to a complete stranger, half of the act of negotiating the past is getting it out there and it doesn’t matter if it’s just to yourself, or it’s your loved ones, it’s about getting it out of the darkness into the light. 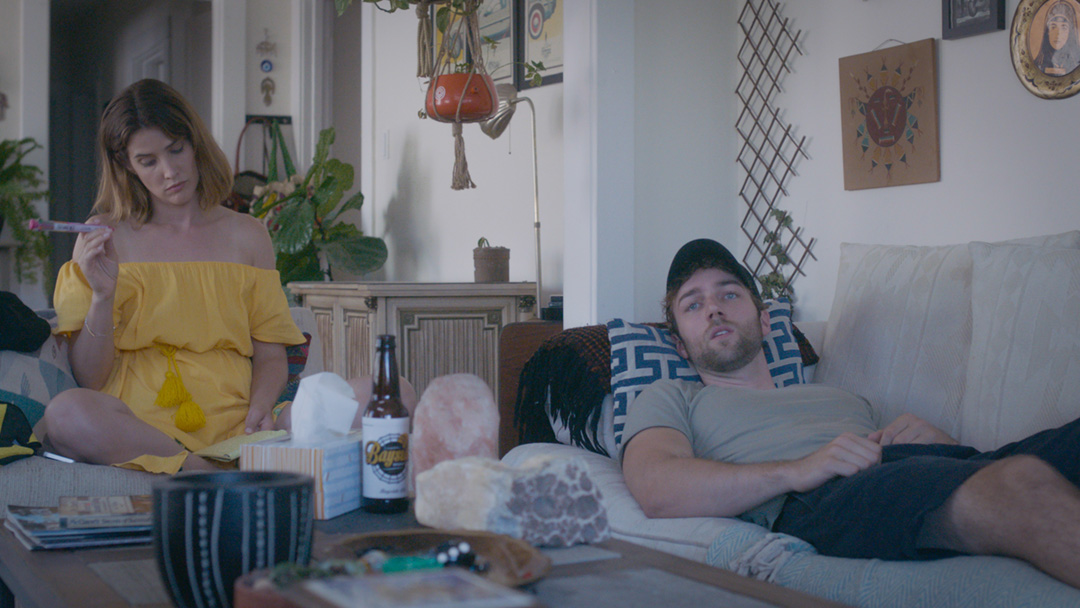 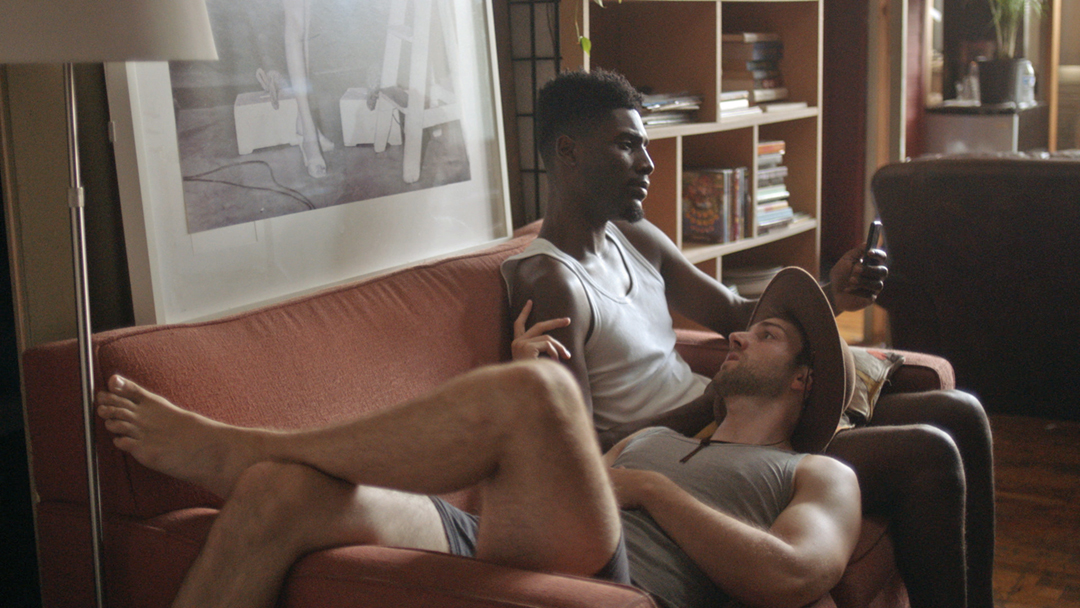 What I loved about the film on a technical aspect is that it looks very naturalistic. Was that something that you were very mindful about, about stripping back the layers and just having the bare bones really?

Yeah, Eric Schleicher my DP, my cinematographer he is incredible, the most patient human being that I’ve met on this planet and he pulled his own focus, he gripped. We didn’t have many lights and we were just using whatever we had, and he lives in the documentary space, that’s where he started his career, so we always wanted something that felt very natural and lived in. And most of those of those locations were lived in. It was my apartment that I was currently living in, I had roommates there at the time, a lot of the people in the montages were my own friends and people I had relationships with at a time and that was the Panera Bread that I came out to my mother at, this bread place in the States so, yeah everything was very close to home, that was my childhood home actually, that you see in the film.

Honestly, I really do commend you, for an actor when you’ve done your bit, you’ve performed then it’s up to the director and the editors to present the finished piece. But you are the co-writer, co-director, co-editor as well, so for you to be so immersed in that, was it difficult? Because you can’t just close the door, you have to see it to the end. So how did you protect yourself from the day to day of making the film?

Yeah, every day was a new challenge and like I said feeling held, and feeling if I fell someone would catch me was everything. Kieran had been through something similar as a child, so I knew that if I was going through something he knew exactly what to say. And a lot of meditation, a lot of stillness, finding a moment in the bathroom just to sit on the toilet and breathe. I was talking to my therapist constantly about it. I don’t know if my therapist has seen the film (laughs) which Cobie Smulders doesn’t show therapists in the best light, but I meant it in the best way possible. Anyway a lot of stillness in finding just a minute to breathe is how I made it through.

Humour is something else that is obviously very important to you and there’s this very dry sense of humour that comes out and it’s a way of you dealing with things. I take it humour is very important for you?

Yeah I didn’t have a therapist growing up, I only had late night TV and sitcoms and Scott Adsit from 30 Rock; I had Cobie Smulders in How I Met Your Mother. These people literally helped me get through and I always deflected with humour and when I was writing the script it was always big part my process and my journey.

And how important was the collaboration for you? Because you were working with a co-director and then does that give you the objectivity that you also need and that soundboard as well to bring other ideas?

Oh absolutely I mean I wouldn’t have done any of this without Kieran. He is an incredible actor, he had never directed before but because he is such a phenomenal actor he knows what a good performance is. He knows how to find the truth in the moment and he knows how to make someone relax and stay present.

And finally I just wondered because there is that optimism, are you hoping that the film help others? Is it serving as a vehicle to help others that perhaps have gone through trauma as well?

Absolutely, we have had a lot of DMs, Sheldon and I and Kieran, people coming out of the wood work telling us, ‘Hey this happened to me and because of this film I am going to do X,Y and Z.’ I mean even the first message was enough to make the whole film worth it. And Eric, I remember one of his